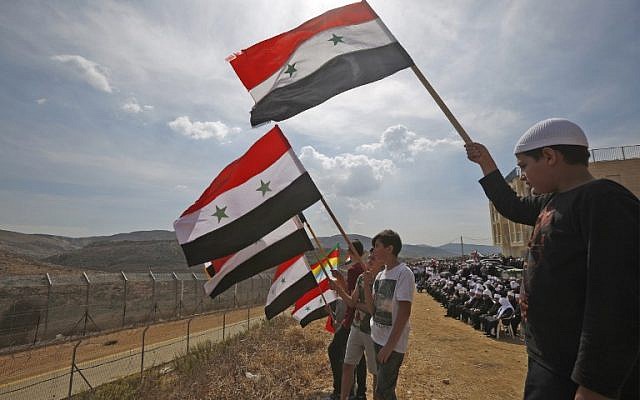 Syria, Russia and Iran condemn US recognition of Israeli sovereignty over Golan

Syria and its allies Russia and Iran on Friday condemned US President Donald Trump’s recognition of Israeli sovereignty over the Golan Heights, which the Jewish state captured from its northern neighbor in the 1967 Six Day War. 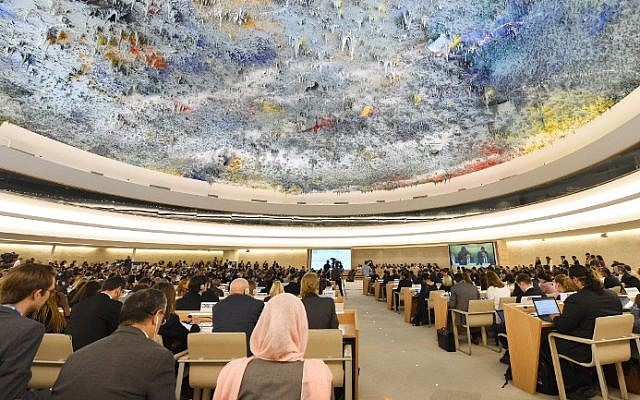 The United Nations Humans Rights Council voted Friday to adopt a report accusing Israel of crimes against humanity for its handling of violent protests on the border with Gaza Strip.

Twenty-three countries voted to in favor of the measure, with nine opposing it. Another 14 countries abstained, while one was absent.

The countries that voted... 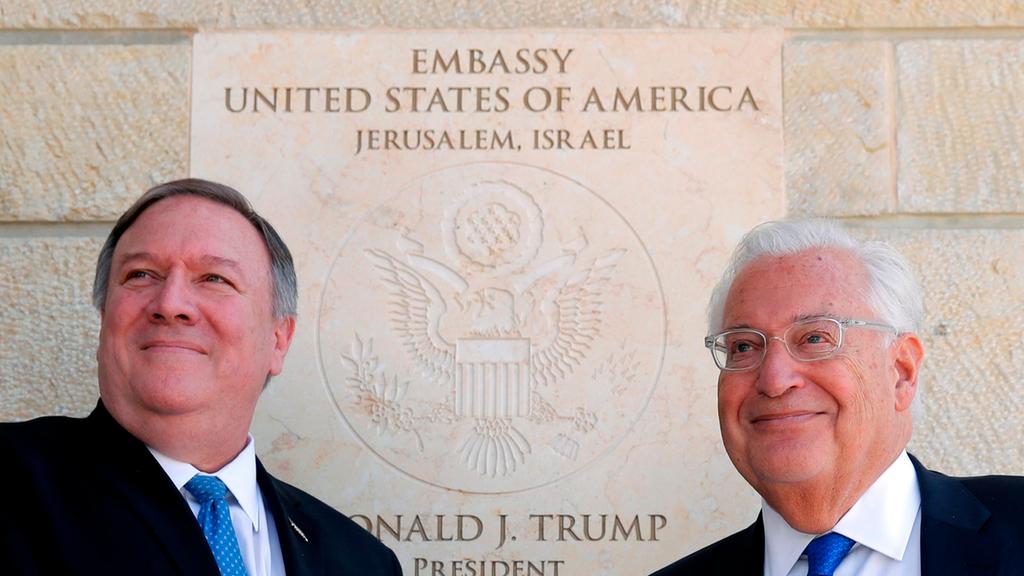 Secretary of State Mike Pompeo told Fox News on Thursday that the United States would step up financial and political pressure on Iran's theocratic regime as it seeks to "extend its reach" across the Middle East. 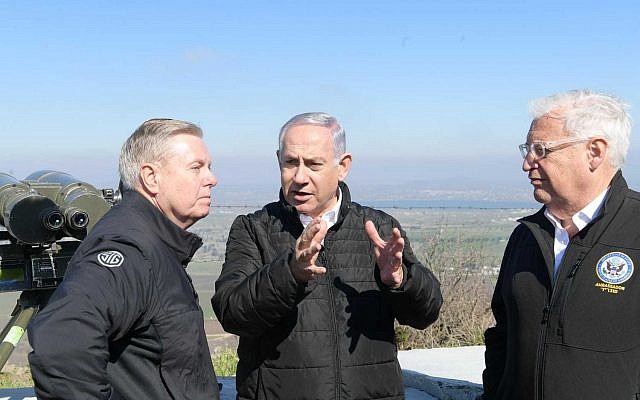 Officials: US announcement on Golan Heights recognition could come next week

Israeli and US officials said they expect an announcement on US recognition of Israeli sovereignty over the Golan Heights could come as early as Prime Minister Benjamin Netanyahu’s visit to Washington next week.
The officials spoke on condition of anonymity on Wednesday because the information had not yet been made public.
At a meeting Wednesday... 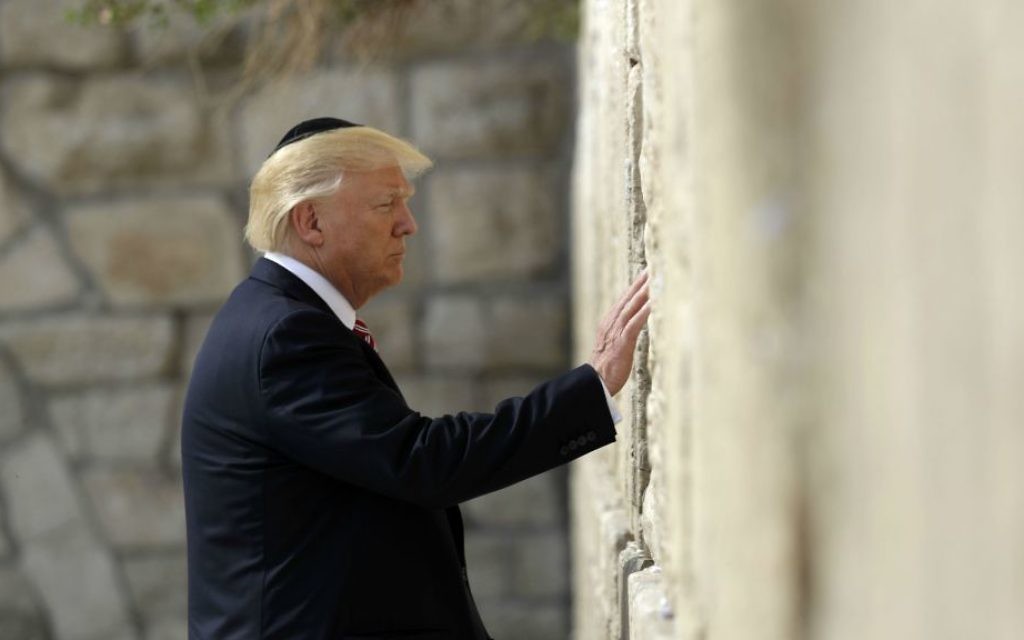 Thanks to Trump, diplomatic taboo around Western Wall comes tumbling down

On May 22, 2017, Donald Trump became the first sitting US president to visit the Western Wall. “Words fail to capture the experience,” he said a few hours later. “It will leave an impression on me forever.”
The historic visit took place several months before Trump formally recognized Jerusalem as Israel’s capital, and, following what was standard... 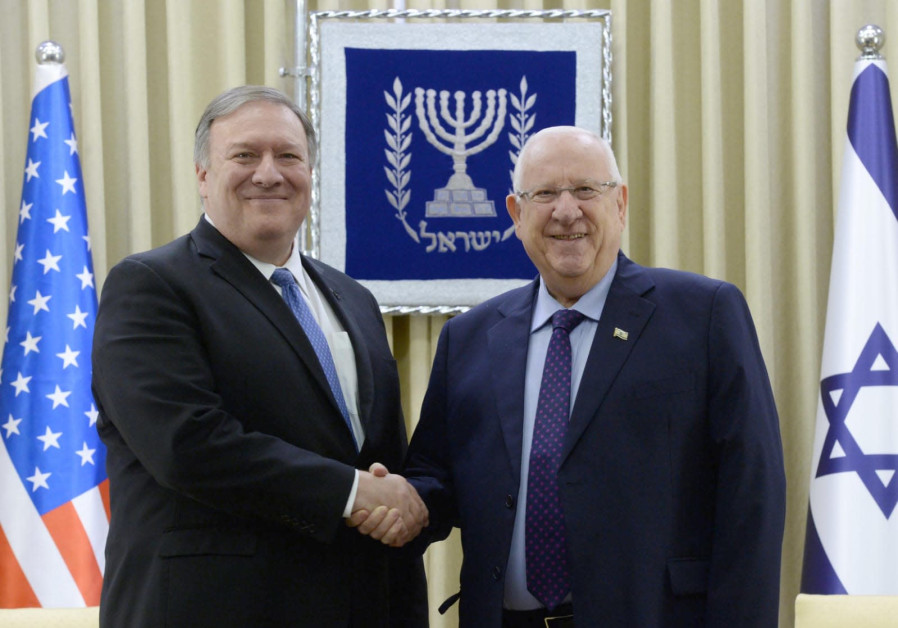 Pompeo to Rivlin: Israel has no better friend than the United States

President Reuven Rivlin met with US Secretary of State Mike Pompeo while he visited the country.

At the beginning of the meeting, Rivlin told Pompeo that he is "a great friend of Israel and we value your strong support very much."

"The United States is Israel’s most important strategic ally and we deeply appreciate what you do for the security... 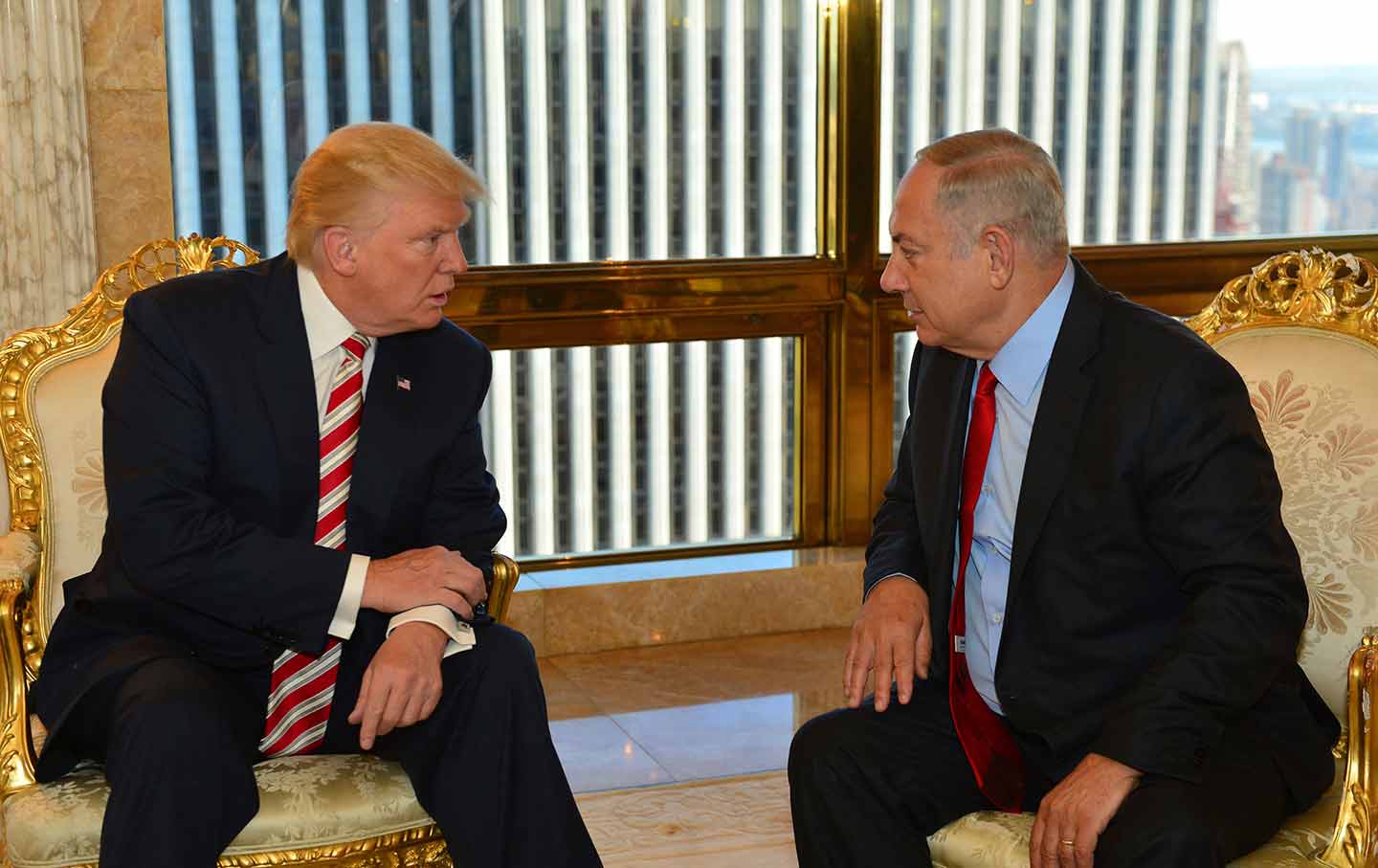 The announcement came shortly after Secretary of State Mike Pompeo landed in Tel Aviv on Wednesday and planned to deliver remarks... The IDF has killed the Palestinian terrorist who carried out the shooting spree near the West Bank city of Ariel on Sunday, killing two Israelis and severely injuring one.

Late Tuesday night, the IDF closed in on Omar Abu Lila, 19, in the Palestinian village of Abwain, near Ramallah.

Abu Lila shot at IDF soldiers during his attempted arrest. He... Gaza has seen regular protests along the Israeli border for the past year, but new demonstrations in recent days have been much less to the liking of the Strip’s rulers, Hamas.

Over the course of several days beginning last week, hundreds of Palestinians gathered in multiple locations in protests against rising prices and in opposition to the... GENEVA, March 19 - A senior US arms control official said on Tuesday that Iran's missile program is destabilizing the Middle East and raising the risk of a "regional arms race" through the provision of such weapons to armed groups in Lebanon and Yemen.

US President Donald Trump said when he quit a landmark 2015 deal that lifted international... The military says several explosive devices were hurled at soldiers securing Jewish worshippers at the biblical tomb in the city of Nablus. Troops opened fire in retaliation and killed two of the assailants. Father of 12 succumbs to injuries from Sunday terror attack

Rabbi Achiad Ettinger died of his injuries Monday, a day after being shot by a Palestinian terrorist during an attack in the northern West Bank, a family spokesperson said.

Ettinger, 47, was a father of 12 from the settlement of Eli. Doctors had been working to save his life since the attack near Ariel Sunday morning in which a soldier, Gal... Border Police officers arrested a Palestinian man Monday at the Tomb of the Patriarchs in Hebron on suspicion of planning a stabbing attack, as Israel remained on edge following a deadly shooting and knifing the previous day.

The suspect, in his 20s and from the Palestinian town of as-Samu, was found to be carrying a knife, and during questioning... The UN Human Rights Council is expected to call for the arrest of IDF soldiers responsible for Gaza deaths at border and for a boycott of West Bank settlements, when it gathers in Geneva on Monday for the last week of its 40th session.

The day-long meeting of the 47-member council will involve the reading of seven reports on alleged Israeli human...

Rouhani urges Iranians to ‘put all your curses on Zionists, US’

TEHRAN, Iran — Iran’s president urged Iranians Monday to put a curse on the United States, Israel and Saudi Arabia — blaming the US and its allies for his country’s ailing economy.

Monday’s televised remarks by Hassan Rouhani were meant to deflect criticism of his administration’s performance amid a spiraling economy after the Trump... Palestinians canceled the weekly Gaza border protest was cancelled Friday in the aftermath of 12-hours of violence between Hamas and Israel, that included two rockets launched at Tel Aviv.

The United Nations and Egypt have worked behind the scenes to restore the calm that has held since about 8 a.m.

The Palestinian decision to delay Friday's... The growing assumption among Israeli army officials is that Thursday’s rockets were fired from Gaza toward Tel Aviv by mistake, a defense official said Friday.

Low-level Hamas forces are believed to have been responsible for the launches.

In response to the two rockets fired at Tel Aviv, which did not hit residential areas and caused no direct... Israeli war planes hit over 100 Hamas targets in the Gaza Strip in a night of strikes after two rockets were fired at Tel Aviv for the first time since the 2014 war, the Israel Defense Forces said.

The strikes came after an urgent late night consultation between Prime Minister Benjamin Netanyahu and his defense chiefs in Tel Aviv. “Decisions were... We thought it was a drill: Rockets shock Tel Aviv, including crowd at a war play

The launch of two rockets toward Tel Aviv Thursday evening that triggered rocket alarms in the city for the first time since 2014 caught residents by surprise, with many saying they had trouble believing it was an actual incident and not a drill or a technical malfunction.

Many residents of Israel’s second-largest city and the surrounding...