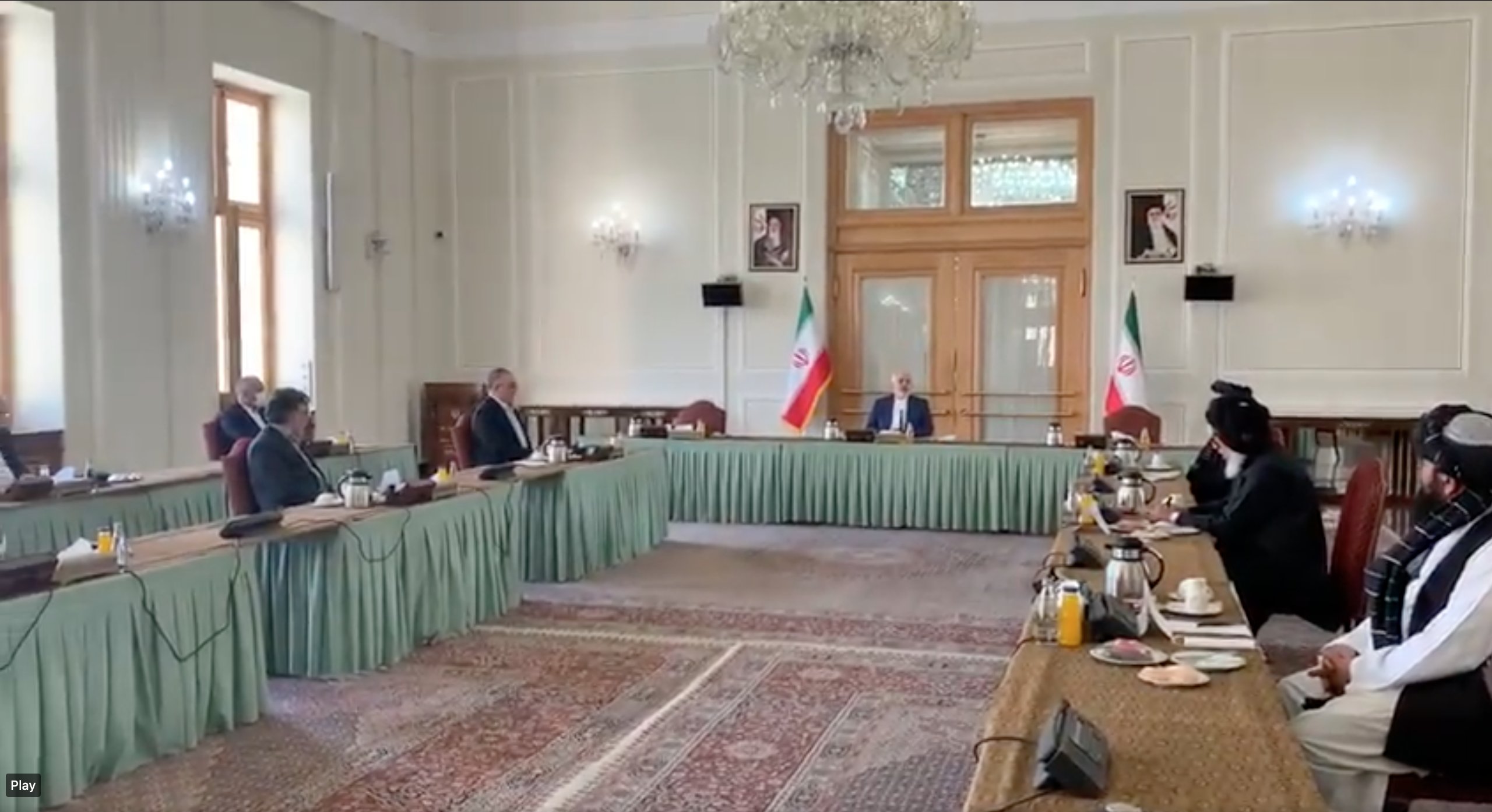 Iran is hosting talks between senior Taliban negotiators and officials from the Afghan government, as the militants make rapid territorial gains ahead of the complete withdrawal of U.S. forces.

The Taliban said its delegation was led by Sher Mohammad Abbas Stanekzai, deputy head of the movement’s political office in Qatar, where months of formal peace talks between the Afghan adversaries appear to have stalled.

Iran’s semi-official Tasnim news agency on Wednesday published video of the meeting chaired by Iranian Foreign Minister Mohammad Javad Zarif in Tehran, without naming any of the Afghans present.

“Iran is ready to help in the process of dialog between different factions in order to resolve the current conflicts and crises in Afghanistan,” Tasnim quoted Zarif as saying. The Taliban’s Mohammad Suhail Shaheen, another of the group’s negotiators, said discussions would “touch on the current situation of the country and exchange views on a peaceful solution of the issue.”