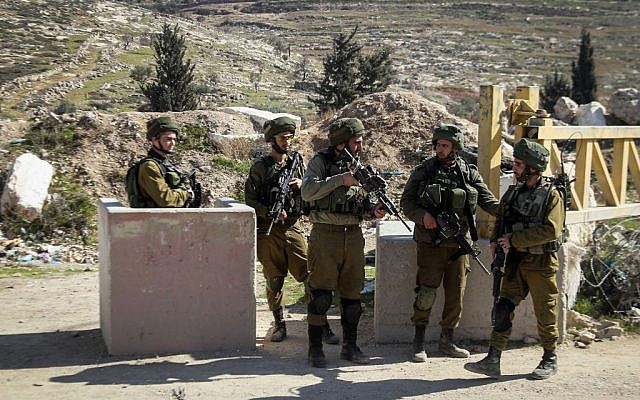 An Israeli soldier was stabbed and moderately injured in the Jordan Valley on Thursday, the military said.

The suspect in the attack in the West Bank approached the soldier and attempted to steal her gun, the Israel Defense Forces said. The servicewoman fought back against the assailant and was stabbed in the back during the altercation, the military said.

The suspect then snatched the gun and fled, the army said, adding that her assailant was later apprehended and the weapon was retrieved.

The Hadassah Ein Kerem Medical Center in Jerusalem said the 21-year-old soldier was in moderate condition with a stab wound to her upper body. Her condition is stable and she is fully conscious, the hospital said.

The West Bank saw a sharp rise in Palestinian attacks and attempted attacks during the May conflict between Israel and Gaza terror groups and in its aftermath, though the near-daily violence has mostly subsided since.