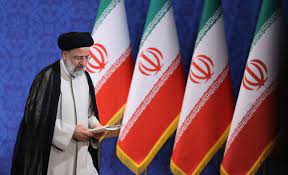 On June 13, as Benjamin Netanyahu ended his decade-long run as Israel’s prime minister, a Telegram channel dedicated to protesting him hummed with celebration.

“And now prison, go to prison,” read a short message below a photoshopped image of Mr. Netanyahu behind bars. The 7,000 followers of the Telegram channel quickly spread the message to other groups and social media apps.

The channel and the message were secretly part of an Iranian disinformation campaign, according to Israeli disinformation researchers. Over several months, Iranian agents had infiltrated small WhatsApp groups, Telegram channels and messaging apps that Israeli activists used for intimate discussions among dozens to thousands of people.

Once there, the agents shared polarizing images and text, and began to send direct messages to people within the groups. Their goal, most likely, was simply to cause trouble, and to make people in these otherwise trusting online communities wary of one another.