Successes in Washington, CUFI’s statements on breaking Israel-related news, and bold leadership in initiatives aimed at making Israel more secure and her people safer, have led established outlets to take notice of CUFI’s efforts and cover what we say and what we do.

With hundreds of mentions in the media, and the vast majority being positive or neutral, CUFI has solidified our place in the pro-Israel community’s tapestry and in the foreign policy arena.

These are selected articles and opinion pieces authored by or featuring CUFI. Pence: Trump will move embassy in Israel to Jerusalem As a Jew, it was an incredibly uplifting experience to be in a convention hall brimming with positive spiritual energy and support.
The Bible is filled with stories of miracles. But if there’s one major takeaway from the 2017 Christians United for Israel (CUFI) Summit, it’s that miracles still happen in our time, and it’s our job to notice and... The BDS movement discriminates against businesses that associate with Israel or for being of Israeli heritage.
Republican Gov. Brian Sandoval signed legislation on Friday making Nevada the 20th US state to have passed a law against the anti-Israel boycott movement.
Christians United for Israel, which has more than 3 million members, wrote: “CUFI... 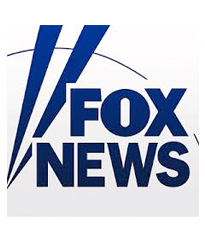 President Donald Trump signed a waiver Thursday to delay the relocation of the U.S. embassy in Israel from Tel Aviv to Jerusalem.
Like presidents before him, Trump expressed his support for Israel during his presidential campaign and said the embassy should be moved to “the eternal capital for the Jewish people, Jerusalem.”
But Trump still signed... Pastor John Hagee: 'Trump's promise was of critical importance to millions of Christian Zionists' who voted for him. 'They will be watching closely'
WASHINGTON — US President Donald Trump will be risking the ire of millions of his pro-Israel supporters — among them Orthodox Jews and Evangelical Christians — as well as that of Republican mega-donor... A man who survived one of the darkest periods in history was in Montgomery Tuesday evening with a powerful message at the Dexter Avenue King Memorial Baptist Church.

The survivor spoke on the importance of standing with Israel and the Jewish community, the same community that stood with King just a few decades... (JTA) - Vice President Mike Pence will address the annual summit of Christians United for Israel, the largest pro-Israel group in the country. Christian leader of pro-Israel movement speaking locally this weekend
Four local pastors have been to Israel, seeing the sacred sites from The Bible. The trip has given them a deeper context for their sermons, and also made them passionate advocates for preserving the Jewish homeland. Ahead of President Donald Trump’s Israel visit, top Christian Zionist organizations and leaders are calling on the president to fulfill his election campaign promise to relocate the U.S. embassy from Tel Aviv to Jerusalem, despite reports that Trump is unlikely to make the move in the near future. In 1948, when President Truman recognized the newly independent state of Israel, he did so in the face of fierce opposition from his advisers. Secretary of State George C. Marshall — whom the president regarded as “the greatest living American” — adamantly opposed the decision.

Despite the controversy, it is now a source of a... Students at MSU celebrate Israel and defeat of resolution
Montclair State University (MSU) defeated a Boycott, Divest, and Sanctions (BDS) resolution on April 26. The Student Government Association rejected the resolution 11 to 1 with six abstentions, according to StandWithUs, an Israel advocacy organization. Hillel students dispute that number,...