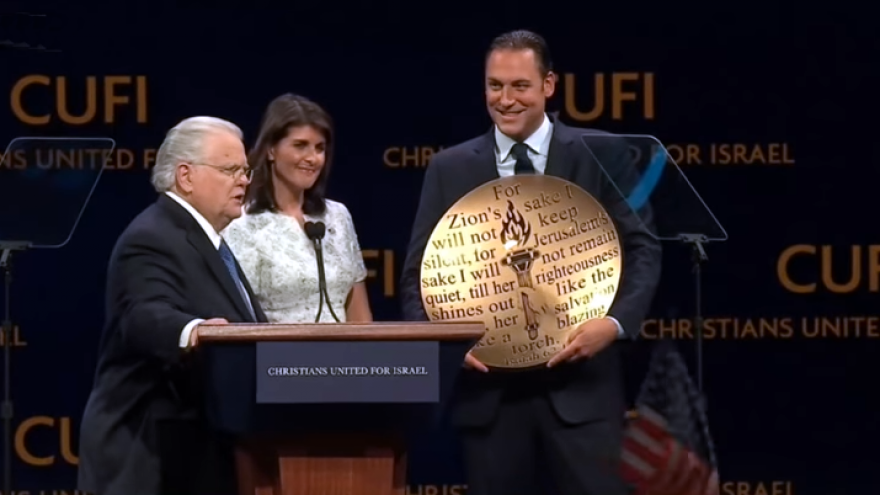 CUFI summit wraps up, with harsh rhetoric on Iran, Hamas and the PA, and huge support for Israel

In addition to showcasing a major pro-Israel constituency, Christians United for Israel’s 13th annual summit, which took place from July 23-24, emphasized the contrast between the current White House administration and previous ones, with Israel’s ambassador to the United States hailing U.S. President Donald Trump as the best ally Israel has ever had.

“But there has never been a U.S. administration more supportive of Israel than the Trump administration—frankly, it is not even close,” continued Dermer. “From President Trump to Vice President [Mike] Pence to Secretary [of State Mike] Pompeo, from [National Security Adviser] Ambassador [John] Bolton to [U.S.] Ambassador [to the United Nations Nikki] Haley to [U.S.] Ambassador [to Israel David] Friedman, from [Senior Adviser to the President] Jared Kushner to [Middle East envoy] Jason Greenblatt to Sarah Sanders, this is an administration that sees Israel as an ally and that treats Israel as an ally.”