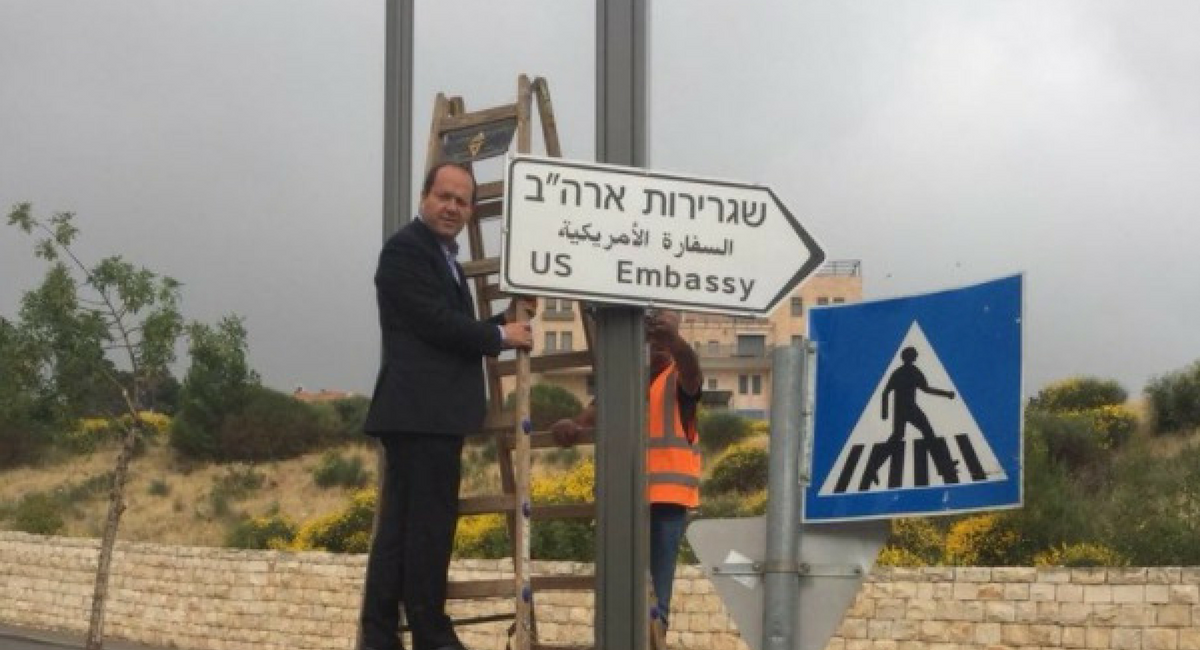 What do you when you’ve accomplished all of your major goals? It’s not something most organizations ever need to ponder, as they often spend decades working toward a single legislative victory in Washington. In the case of Christians United for Israel (CUFI), however, it’s no longer an idle question.

CUFI, which now boasts 4.3 million members, has had a banner year. Since CUFI’s last national summit, they have scored several major political wins, which CUFI founder Pastor John Hagee called miracles: President Trump recognized Jerusalem as Israel’s capital, he moved the U.S. embassy to Jerusalem, and he withdrew from the Iran nuclear deal. Additionally, Congress passed the CUFI-supported Taylor Force Act, which reduces American aid to the Palestinian Authority until they stop financially rewarding convicted terrorists and their families for attacks on American and Israeli citizens.

Pastor Hagee told the crowd, “For the first time in a long time, the wind is at our backs. We have an opportunity. We’re grateful to G-d for this string of victories, which is an answer to our prayers. … In lieu of a victory lap, our response must be, ‘Full steam ahead!’”

And full steam ahead it was. More than 5,000 attendees listened as this year’s conference offered both a look backward to the Holocaust, as well as a look forward, while celebrating Israel’s miraculous 70th birthday.

Stuart Force, whose son, Army veteran Taylor Force, was killed by a Palestinian terrorist while visiting Israel in 2016, delivered the conference’s most moving speech. As a parent, you couldn’t help but tear up as Force described meeting with Republican Sen. Lindsey Graham. Taylor’s parents said they felt like Taylor was away on a mission, and they were waiting for him to come home. Graham assured them that Taylor was now home, and it was now they who had a mission. Inspired by Taylor, who reportedly listed his personal priorities as God first, everyone else second, and himself last, they are now dedicating their lives to doing good in the world, as Taylor did.

Meanwhile, Holocaust survivor Irving Roth won the Living Witness Award for nine years of teaching CUFI on Campus students about the Holocaust. Roth reflected on the dehumanization of Jews that paved the way for the Holocaust, as well as western nations’ decision to ignore the suffering of European Jewry.

As for the resurgence of anti-Semitism — which Pastor Hagee denounced as a sin — Roth observed that “hatred has returned after eight decades. People on the left, right, and middle have drawn together in an unholy alliance to destroy the Jewish people again. Today, hatred of the Jewish people is not only permissible in the whole world, it’s almost fashionable. But standing here in front of you today, it’s different. The Jewish people are not alone.”

As a Jew, I understood exactly what Roth meant. It’s not often that you hear someone exhort thousands of fellow gentile believers, “It’s easy to be Israel’s friend when things are easy. What will you do when the entire world is howling that Israel is not David but Goliath? That Israel is the problem and not the solution in the Middle East?” as “The Watchman” host Erick Stakelbeck did. Lest anyone be tempted to run, Stakelbeck noted, “If you’re here today, you’ve been called for such a time as this. … You have a mantle. You can’t outrun it. It didn’t work out well for Jonah, and it won’t work out well for us.”