US to buy two Iron Dome batteries as first part of $1.7b missile defense project 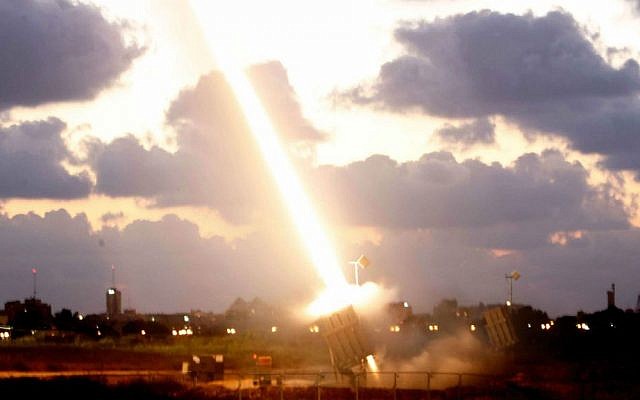 The US Army plans to buy two Israeli-developed Iron Dome batteries and deploy them next year as a first step in a new $1.7 billion project to both provide American troops an interim defense against cruise missiles and also explore long-term adoption of Iron Dome components for use in a major US air and missile defense system.

This decision, which has not been announced by the Pentagon or Israeli Defense Ministry, comes after the US military last year conducted an internal review of its short-range air defense needs to assess whether Iron Dome or a Norwegian or US-developed system was best suited to address a gap in defenses against potential Russian and Chinese cruise missile threats.

On October 31, US Army acquisition chief Bruce Jette notified Congress of the results of this internal review which centered on a program called the Indirect Fire Protection Capability Increment 2-Intercept program. IFPC, as the program is called, is still in development and aims to do many of the things Iron Dome has demonstrated in more than 1,700 interceptions, including shooting down unmanned air vehicle, mortars, rockets and artillery.

“Based on an analysis of cost, schedule and performance, the Army [has decided to]: field two interim IFPC batteries of Iron Dome in [fiscal year] 2020, while concurrently componentizing a launcher and interceptor solution that are interoperable and integrated with the Army IBCS by FY-23,” states the 15-page report Jette sent Congress. IBCS is a separate, $7.8 billion development program, a complex effort to create an overarching umbrella to connect and coordinate all US Army short- and long-range air and missile defense sensors and interceptors.

The US Army now plans to spend $373 million to buy the two Israeli-developed defense systems.