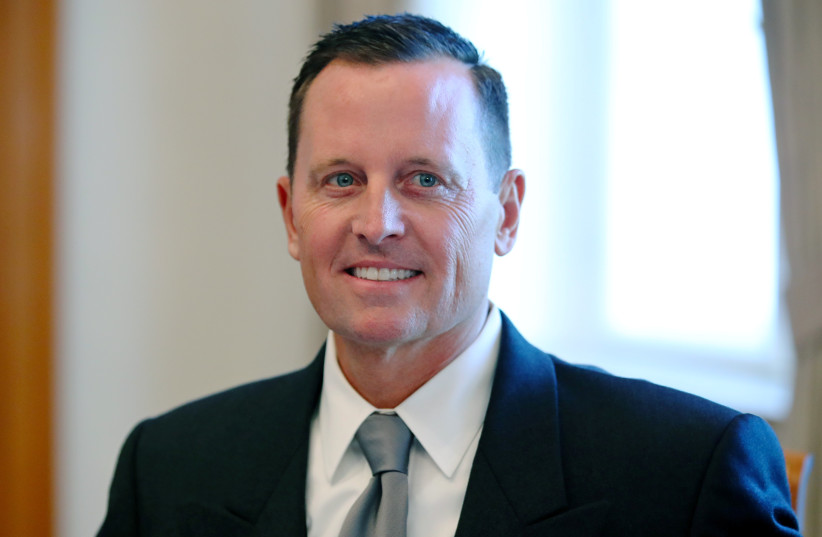 ATHENS – The most high-level US ambassador in Europe, Richard Grenell, told The Jerusalem Post on Tuesday that Germany’s government should join the United States and work to stop Iranian regime support for terrorism in response to a German-Iranian Chamber of Commerce event in Berlin.

“The economy is strained because the Iranian regime is funneling its resources to terrorist proxies in Lebanon and Syria,” Grenell said. “We will continue to explain to our partners that we should work together to end Iranian support for terrorism – not find ways to give the regime more resources.”

According to the website of the German-Iranian Chamber of Commerce (AHK), a 10-member delegation led by the group’s president Abbasali Ghassaei traveled to Berlin on November 26 to promote trade with the federal republic.

The delegation met with the German president of INSTEX, Michael Bock, and with Alexander Schönfeld, a German diplomat responsible for trade technology, trade, finance and sanctions.

INSTEX is an abbreviation for The Instrument in Support of Trade Exchanges, a European special-purpose vehicle created in January to bypass US sanctions targeting the Islamic Republic of Iran for its nuclear and missile programs. Critics see INSTEX as mechanism to bust US sanctions and help Tehran repress its population. The US also sanctioned Iran for the spread of terrorism and human rights violations.

The US State Department classifies the Iranian regime as the worst state-sponsor of terrorism. Germany remains Iran’s most important European trade and diplomatic supporter within the EU.

The goal of the trip, wrote the AHK, was “dialogue with different partners in Germany about the expansion of trade relations.” The business group said that, “due to the US sanctions, the economic situation in Iran is currently tense.” The German foreign ministry welcomed the delegation. Germany’s Central Council of Jews urged Chancellor Angela Merkel’s administration to stop trade with Iran. Merkel and Germany’s foreign minister Heiko Maas have dismissed the Jewish community’s appeal.