US ambassador ‘confident’ Trump will move embassy to Jerusalem 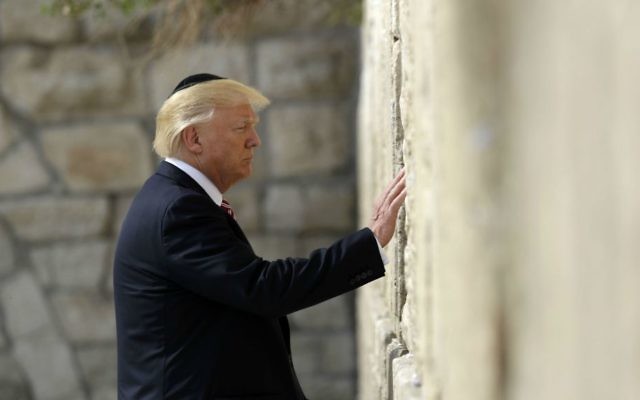 The US ambassador to Israel said he is “pretty confident” the US embassy will be moved from Tel Aviv to Jerusalem during US President Donald Trump’s current term in office.

Trump has so far balked at moving the mission to Israel’s capital, despite initial anticipation among many Israeli and American Jews that he would make good on an election campaign promise to do so, but he has left the possibility open.

According to the American Jewish television network JBS, envoy David Friedman made the statement at the ZOA Gala in New York on Sunday.

Friedman was asked by Mark Golub, JBS president, if the embassy would be moved “from Tel Aviv to Jerusalem during Donald Trump’s first four years in office.” He replied, “I’m pretty confident that it will. Yes.”

The network will air its film of the ZOA gala, including the Friedman interview, on November 27.

Israeli leaders have lobbied for decades for the embassy move, though some have reportedly expressed private worries that it could inflame regional tensions.

Last week American lawmakers discussed the possibility of moving the embassy, some three weeks before Trump will have to decide on whether to postpone the action for another six months.

The two-hour discussion took place in the House Oversight Subcommittee for National Security, which is in charge of security arrangements for US diplomatic missions across the globe.

On June 1, Trump, who during the election campaign repeatedly vowed to move the embassy, signed a waiver that delays the relocation for six months. The waiver is expiring on December 1, but Trump is expected to renew it, arguing that it could jeopardize the administration’s efforts to relaunch the Israeli-Palestinian peace process.