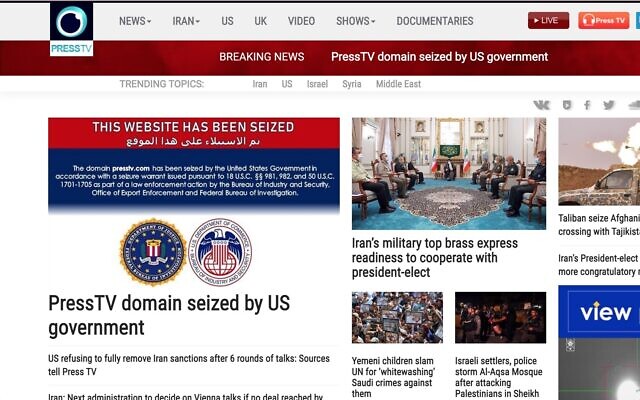 The Justice Department said 33 of the seized websites, owned by a U.S.-based company, were used by the Iranian Islamic Radio and Television Union (IRTVU), which it said was among components of the Iranian government targeting the United States with disinformation campaigns and malign influence operations.

Three other seized websites were operated by one of the main Iran-aligned Iraqi militia groups, Kata’ib Hizballah, which more than a decade ago was designated a foreign terrorist organization by the U.S, the department’s statement added.