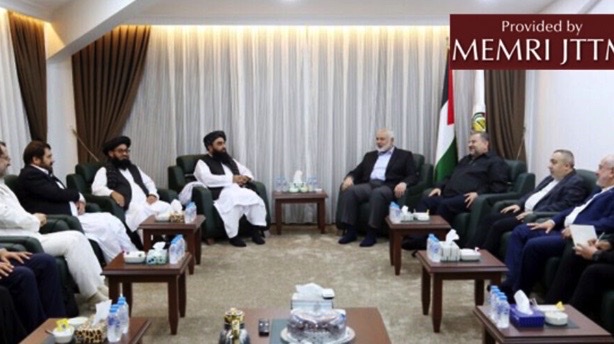 Leaders of the Afghan Taliban and the Palestinian terror group Hamas met in Istanbul at a conference of Islamic religious scholars, according to the Payam Aftab news agency.

The Taliban delegation was reportedly led by Zabihullah Mujahid and the Hamas delegation included Ismail Haniyeh and other Hamas leaders.

According to a report by the Middle East Media Research Institute (MEMRI)’s Jihad and Terrorism Threat Monitor, Mujahid, the Taliban’s deputy information minister, posted a photo on Twitter of himself and his delegation meeting with Haniyeh and other members of Hamas.

Mujahid said the delegations discussed the Palestinians and the current situation in Afghanistan. He added that “Palestine” was an issue for the entire Muslim ummah (nation).