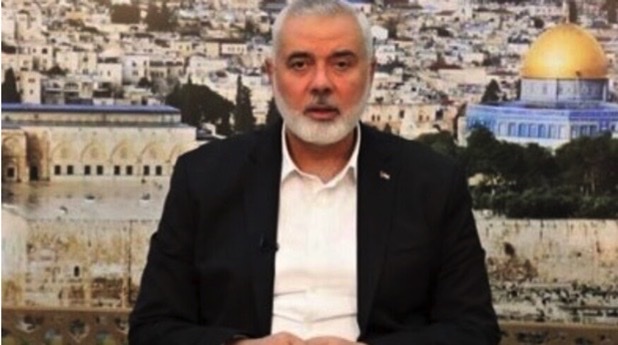 Senior Hamas officials at conference: ‘We must open up to Russia, China and Iran’

Hamas political bureau chief Ismail Haniyeh, political bureau member Moussa Abu Marzouk and other officials addressed changes in the world with a focus on Russia’s war in Ukraine during a June 19 conference titled“Palestinian Sovereignty, the Strategic Variables and Future Paths.”

According to a report by the Middle East Media Research Institute (MEMRI), the speakers at the conference, held at Al-Umma University in the Gaza Strip, assessed that post-war, the United States is likely to lose its global hegemony, leading to a multipolar world order.

As such, the Hamas officials stressed the importance of opening up to Russia and China, and of forming strategic alliances with all forces that support the resistance in order to attain the liberation of Palestine and the so-called right of return.

“This is the broadest and most significant war in the struggle between the world’s camps since the end of World War II,” stressed Haniyeh. “After this war, the world will no longer be the same. It will undoubtedly become a multipolar world, and the currently prevailing unipolar era in international and global policy will end.”