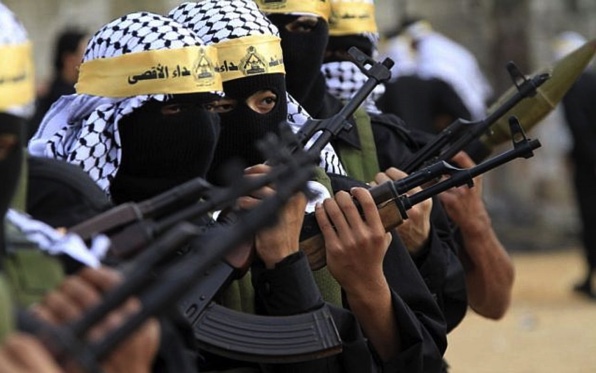 Nasser Abu Hmeid is Palestinian terrorist prisoner serving 7 life sentences for his part in the murder of 7 Israelis during the PA’s 5-year terror campaign, the second Intifada. He was a commander of the Al-Aqsa Martyrs’ Brigades (Fatah’s military wing).

Nasser Abu Hmeid is now sick with lung cancer and although he is being treated in an Israeli hospital, the PA and Fatah are demanding that Israel grant him an early release from prison.

If Israel doesn’t give in, Fatah is threatening Israel with “war” and terror. Fatah uploaded the following “warning” and “threat” given in the name of Fatah’s military wing, the Al-Aqsa Martyrs’ Brigades – which is an internationally designated terror organization. Fatah promises to “burn the world” and “redeem” Nasser Abu Hmeid “with their blood” if he dies. It “declares war” and calls on Palestinians to “prepare the rifles.”