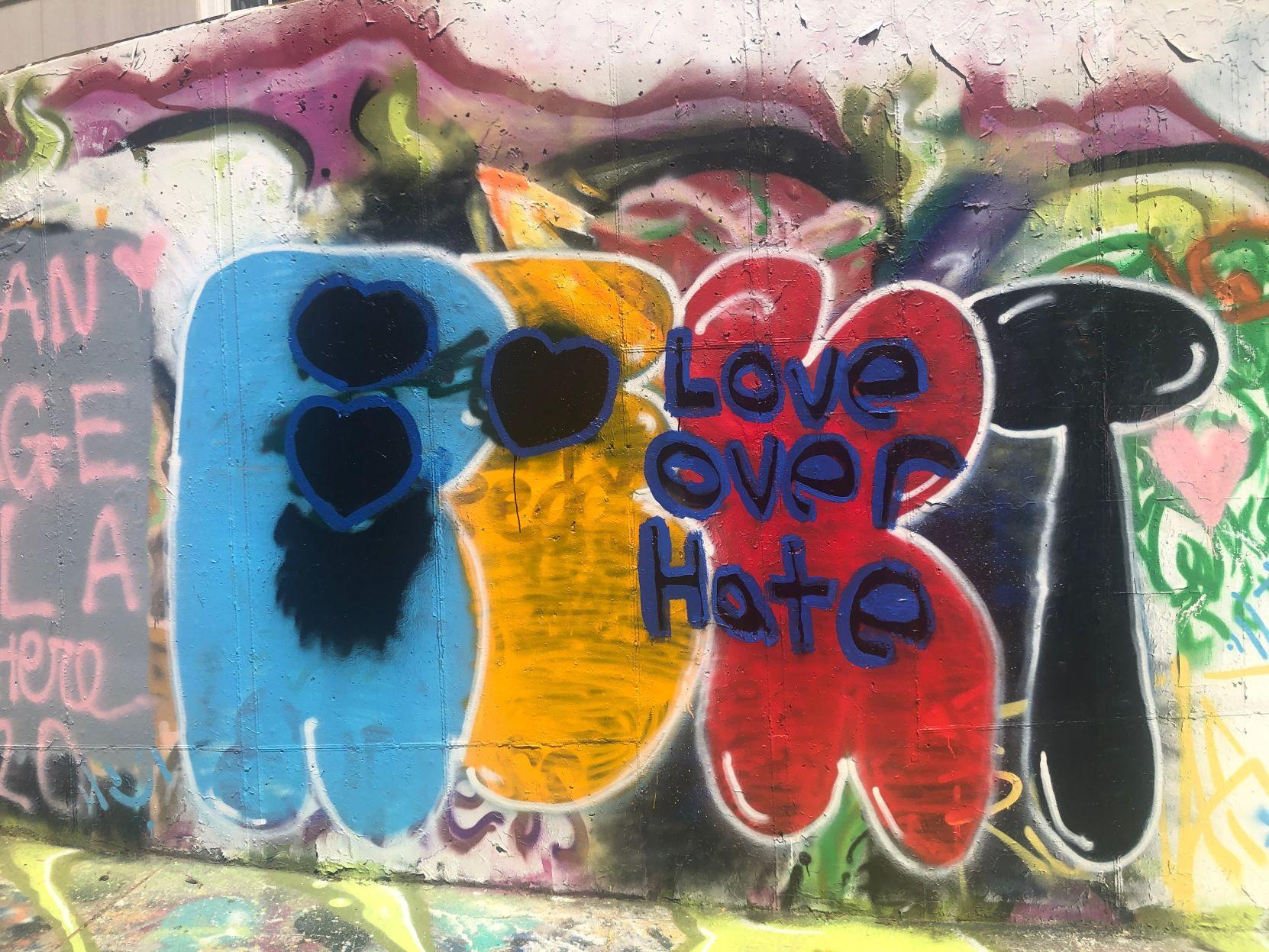 Sarah Livingston, Hillel at Ohio University director, found out via text from friend and dean of students Jenny Hall-Jones that the graffiti wall near Baker University Center “had some hate on it,” on April 27.

She said it is believed the creator or creators of the hateful graffiti made it between late April 26 and early April 27. Due to a lack of cameras over the area, “there’s no real hope of figuring out who did this hate speech,” Livingston said.

“Dr. Hall-Jones told me that the university’s policy ­– because the graffiti wall is a free speech zone specifically there for students to be able to say whatever they want – is to not paint over it,” Livingston said. “But she was fighting to get it painted over. Going against university policy with a university administration that sticks to the rules — that’s quite large. I did remind her that there’s a difference between free speech and hate speech, but I told her not to worry about it. It wasn’t a fight that she needed to fight because I was going to take care of it.”