Netanyahu: ‘Iran is devouring one nation after another’ 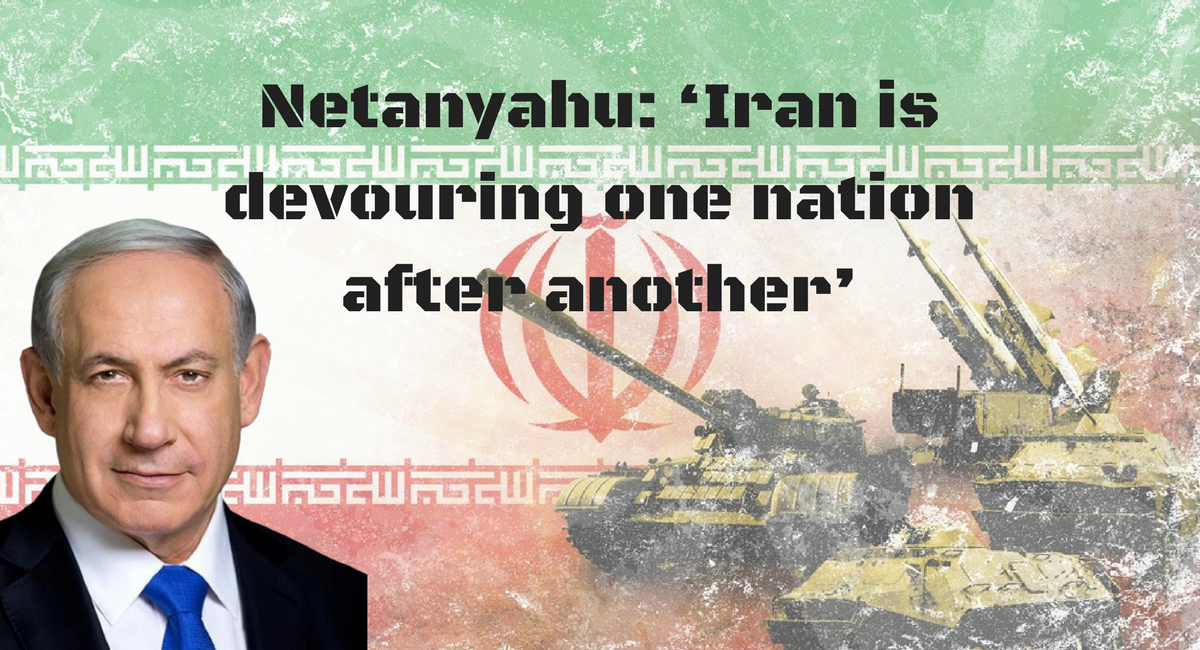 Prime Minister Benjamin Netanyahu said Friday that the threat posed by Iran to its Middle Eastern neighbors was driving them into hitherto unthinkable alliances with the Jewish state.

“Iran is devouring one nation after the other,” Netanyahu said at Chatham House, the Royal Institute of International Affairs think-tank in London.

“It is doing so either by direct conquest or by using proxy. They took over Lebanon, Yemen… they try to do the same thing with Iraq, in Syria.

“The good news is that the other guys are getting together with Israel as never before. It is something that I would have never expected in my lifetime,” Netanyahu said.

He said Israel was working “very hard” to establish an effective alliance with “the modern Sunni states” to condemn and counter Iranian aggression.

“I think that actually has a great promise of peace” for the region, he said.

Iran had come into the Syrian war “to Lebanon-ize Syria economically and militarily,” he said. But Israel, he vowed, would not let Iran come to dominate Syria.

“They want to leave their army, their airbases and fighter aircraft within seconds of Israel and we are not going to let that happen. We do not say that lightly. We mean what we say and we back it with action.”

Netanyahu said the Middle East was witnessing “the emergence of a battle between the Islamists and the modernists,” provoking a “new alliance between Israel and Islamic states.”

Israel has long viewed Iran as its number one enemy, while Sunni Arab nations such as Saudi Arabia are regional rivals of the Shiite country.

Since Israel was established in 1948, only two Arab states — Egypt and Jordan — have signed peace deals with the country and established full diplomatic relations.

The United States has sought to promote links between Israel and the Arab world, with President Donald Trump’s administration hoping to leverage regional interests to reach an Israeli-Palestinian peace deal.

Meanwhile, Netanyahu said the 2015 Iran nuclear deal reached with the international community does not go far enough to prevent Tehran from getting a nuclear weapon.

The agreement “basically says within X years of time, not much — and times goes quickly — you will have unlimited capacity to enrich uranium,” he said.

The greatest danger is not that Tehran would violate the deal, “but that Iran would keep it.”