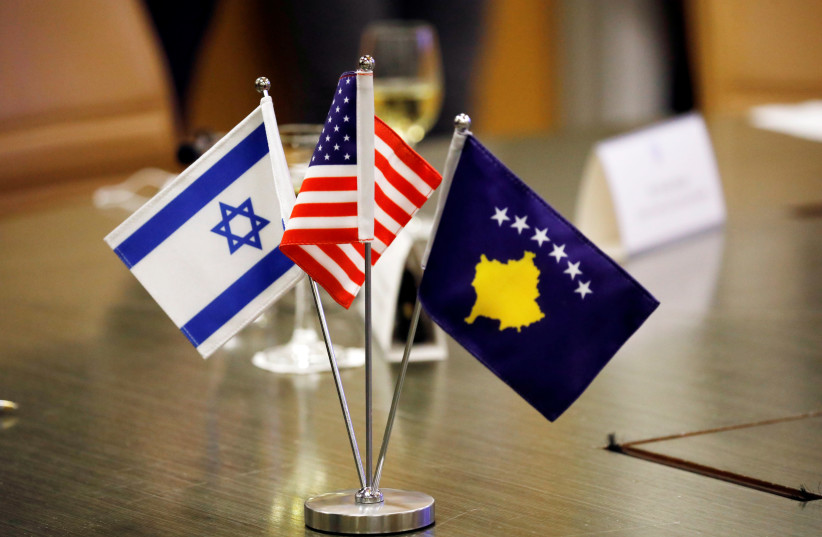 Kosovo opens embassy in Jerusalem after establishment of diplomatic ties

Kosovo opened an embassy to Israel for the first time on Sunday, making it the third country with an embassy currently in Jerusalem.

“A truly proud and historic moment for Kosovo-Israel relations,” Kosovar Ambassador Ines Demiri tweeted. “The greatest honor of my life is to have this opportunity to open the embassy and proudly serve my country in Israel.”

Demiri shared several photos of herself in front of the new embassy.

Kosovo’s Foreign Ministry tweeted that “the pledge given in the Oval Office today is finally fulfilled.”

The Israeli Foreign Ministry said it “warmly welcomes the opening of the Embassy of Kosovo in Jerusalem today, a natural development of the relations and a realization of the Washington agreement.”

The moves came after the US negotiated an economic agreement between Serbia and Kosovo last year. Israel agreed to establish diplomatic relations with Kosovo, and both Balkan countries committed to opening embassies in Jerusalem, though Serbia already has one in Tel Aviv.

Israel does not have immediate plans to open an embassy in Pristina and will have a nonresident ambassador to Kosovo.