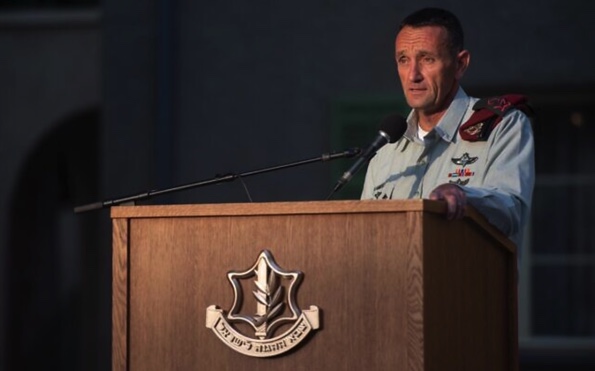 Israel’s deputy army chief, other top commanders arrive in US for security talks

Deputy military chief Herzi Halevi and other senior IDF commanders landed in the United States on Monday for an official visit amid rising tensions in the Middle East.

According to the Israel Defense Forces, Halevi is slated to hold meetings with US defense officials at the Pentagon, as well as participate in a “strategic defense forum” with members of the US Joint Chiefs of Staff, Central Command and European Command.

Joining Halevi is Tal Kelman, the military official in charge of Iran matters; Hidai Zilberman, Israel’s defense attaché to the US; and Effie Defrin, the military’s international cooperation commander.

Halevi’s trip follows Iran’s launching of several missiles at what it claimed without evidence was an Israeli “strategic center” near the US consulate in Iraq’s northern city of Erbil early Sunday.

That attack is thought to be a response to the deaths of two Islamic Revolutionary Guard Corps (IRGC) commanders in an alleged Israeli airstrike near the Syrian capital Damascus last week. The IRGC warned last week that Israel “will pay” for the deaths of officers Ehsan Karbalaipour and Morteza Saidnejad.

Israel has been anticipating an Iranian response, considering the senior ranks and importance of the officers. While casualties in strikes in Syria attributed to Israel are somewhat common, it is rarer that those killed are Iranian.