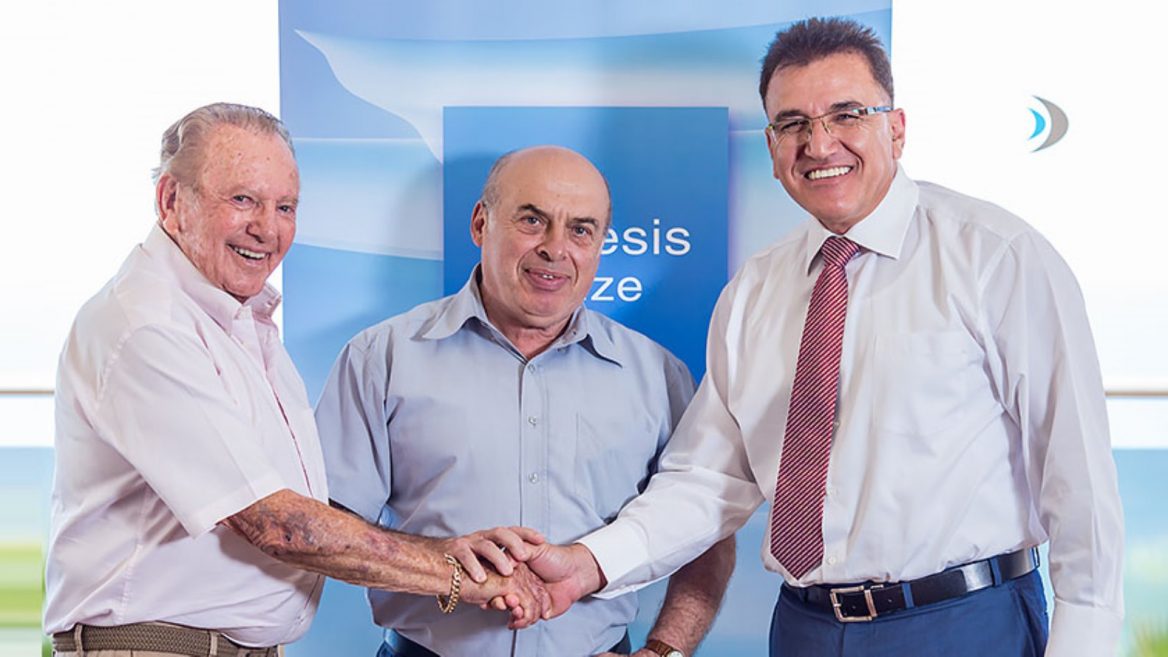 A six-figure donation from Israeli philanthropist Morris Kahn is going to Ziv Medical Center in Safed (Tzfat) to fund treatment of hearing loss among Syrian children brought from conflict areas to Israel for medical care.

The hospital near the border with Syria, recently visited by celebrity Conan O’Brien, has extensive experience treating wounded Syrian civilians.

Exams performed at Ziv have revealed that one out of every three Syrian children from combat zones suffers hearing loss. The grant will cover direct expenses related to clinical treatments, surgery and rehabilitation as well as state-of-the-art hearing devices for an estimated 50 children.

Kahn said he was inspired by 2017 Genesis Prize Laureate Sir Anish Kapoor, a renowned sculptor and human-rights activist who is donating his $1 million prize to refugee causes. Kahn reached out to the Genesis Prize Foundation, which agreed to facilitate the grant to the hospital.

“We have treated more than 1,000 Syrians of all ages who needed our help over the past four years. It’s really important for me as a physician, as an Israeli, and as a human being. I am extremely grateful to Anish Kapoor and the Genesis Prize Foundation for shedding light on the important work we do. With their help, we can make the world a better place for a lot more Syrian children,” said Dr. Salman Zarka, director of Ziv.

Kahn previously established an eye clinic in Ethiopia and is a major donor to Save a Child’s Heart. Kahn also chairs the SpaceIL project to launch an unmanned robot on the moon, and founded the Coral World Underwater Observatory in Eilat and Zalul, a nonprofit focused on cleanup and preservation of Israeli waterways.

“The brutal civil war in Syria has created nearly 5 million refugees, many of them children. The Genesis Prize Foundation invites other donors, Jews and people of other faiths, to support the great work being done by the Ziv Medical Center and other organizations that aim to alleviate the suffering of the wounded, especially children,” said Stan Polovets, chairman and cofounder of the Genesis Prize Foundation.