Israel to UN: Recognize Syrian responsibility for Iranian activity on its soil 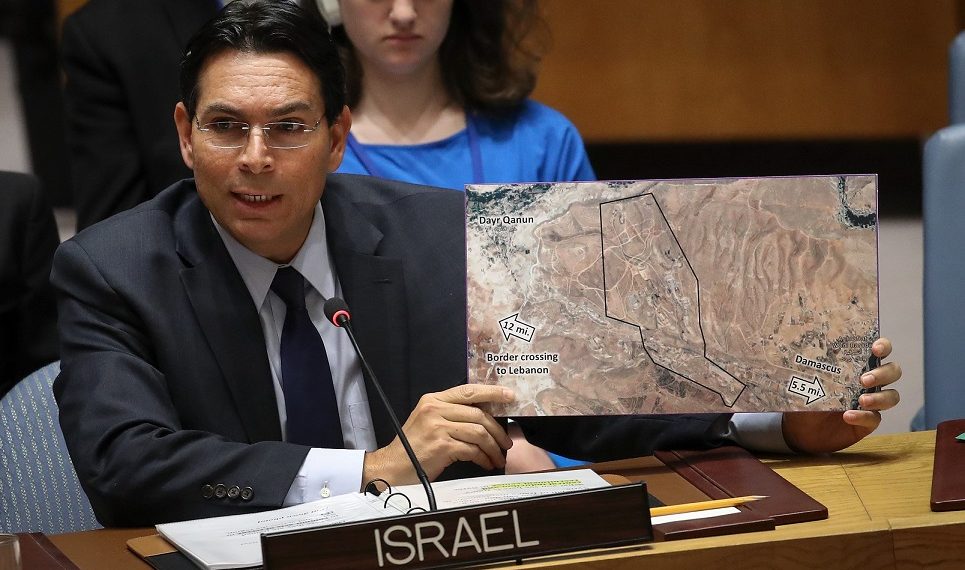 Israel’s Ambassador to the United Nations Danny Danon on Wednesday submitted a written complaint to the UN Security Council against Iran’s ongoing activities on Syrian soil for the purpose of perpetrating terrorist attacks against Israel.

The complaint comes on the heels of Iran’s recent attempt to carry out a drone strike from southwestern Syria, spearheaded by the Quds Force of the Islamic Revolutionary Guard Corps, which was thwarted by the IDF on Saturday night.

“Iranian entrenchment and terrorist efforts on Syrian soil are intended to escalate the security situation in the region, under the direction of Quds Force commander Qassem Soleimani,” the letter said.

“The Syrian regime knowingly permits Iran and its proxies to use its territory for the purpose of terrorist activity against the State of Israel and the Security Council must recognize Syria’s responsibility for these terrorist attacks,” Danon added.

In the letter, Israel also asked the Security Council to work toward securing a full withdrawal of Iranian military forces in Syria.

“The international community needs to make it very clear to Iran that it will no longer tolerate its regional subversion and terrorist funding activities,” Danon concluded.

On Saturday night, Israeli aircraft struck Iranian forces near Damascus that had been planning to launch “killer drones” at targets in Israel.