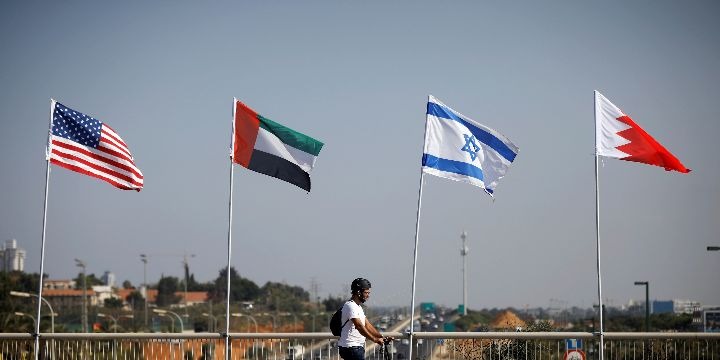 Jerusalem is currently in talks with the kingdoms of Saudi Arabia, Bahrain, and the United Arab Emirates on establishing a four-nation defense alliance, according to an exclusive i24 News report.

While Jerusalem does not have official diplomatic relations with Riyadh, foreign media report that the two countries have long-standing clandestine ties.

However, the UAE and Bahrain signed a historic normalization deal with Israel in September 2020 known as the Abraham Accords.

The reported defense alliance talks likely come in response to the “growing Iranian threat” in the region, specifically regarding its budding nuclear program along with its expanding influence in the Middle East with countries like Syria and Iraq.

News of the reported talks comes as the Biden administration sends signals to Tehran and world powers that it is ready to rejoin the 2015 Iranian nuclear deal, brokered by former President Barack Obama, which Israel’s Prime Minister Benjamin Netanyahu vehemently opposed at the time.