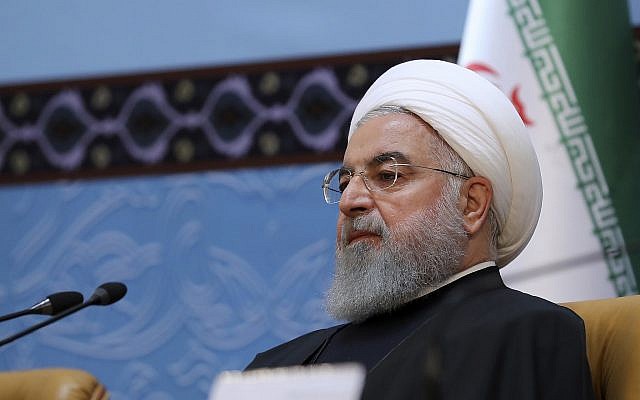 Addressing an annual Islamic Unity Conference on Saturday, Rouhani said “one of the negative results of World War II was the formation of a cancerous tumor in the region.”

He went on to refer to Israel as a “fake regime” set up by Western countries.

Iran supports terror groups like Lebanese Hezbollah and Palestinian Hamas that are pledged to Israel’s destruction.

Speaking at the conference by video link from Gaza, Hamas chief Ismail Haniyeh castigated those nations who, he said, were seeking to broker improved relations for Israel with others in the region — an apparent reference to Gulf states that are warming their ties with the Jewish state. “There is no future for this enemy (Israel) on the land of Palestine,” said Haniyeh. “And there is no future for these efforts at normalization.”