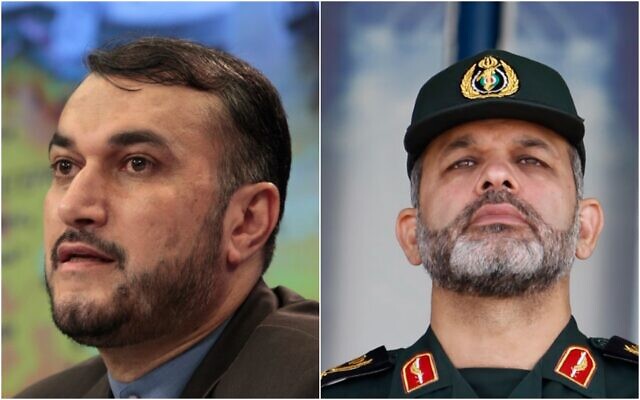 Iran’s new president presented a cabinet dominated by hardliners on Wednesday, state TV reported, among them a foreign minister known for close ties to Hezbollah and an interior minister wanted by Interpol over his alleged role in the 1994 bombing of a Jewish cultural center in Buenos Aires.

Amirabdollahian, 56, has served in a range of administrations over the decades. He was deputy foreign minister for Arab and African affairs under former populist hardline president Mahmoud Ahmadinejad, known in the West for his Holocaust denial and disputed reelection in 2009.

According to Reuters, Amirabdollahian is an avowed anti-Westerner believed to have close relations with the Hezbollah terrorist group in Lebanon as well as Iran’s Revolutionary Guards force.

The parties to the nuclear accord have met in Vienna for months to try to revive the deal. The last round of talks ended in June with no date set for their resumption. Raisi has promised that his administration will focus on lifting sanctions that have clobbered Iran’s already ailing economy.