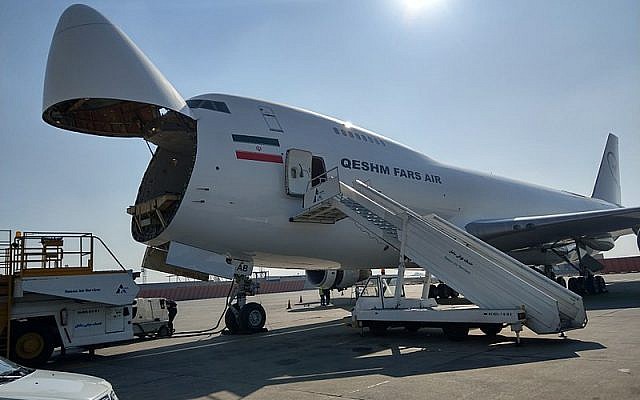 According to the media outlet, American and western intelligence services believe Iran has been increasing its shipments to Hezbollah, with one flight arriving in Beirut as recently as three days ago with the parts to convert weaponry at Iranian factories in Lebanon.

The existence of these factories was revealed by Prime Minister Benjamin Netanyahu during his speech at the United Nations General Assembly last month. The Israeli military later released satellite images of three sites in Beirut that it said were being used by the Iran-backed terror group to hide underground precision missile production facilities.

Fox News tracked Iran’s Fars Air Qeshm flight number QFZ-9950, which departed Tehran International Airport on Tuesday at 9:33 a.m. before flying to an unknown destination, according to flight data. Later that same day, the Boeing 747 jet reportedly landed in Damascus before its final leg to Beirut.

On Wednesday evening the plane reportedly took off from Beirut to Doha before returning to Tehran.

Western intelligence sources said the plane was carrying weapons components, including GPS technology, to make precision-guided missiles in the Iranian factories located near the airport in Beirut.