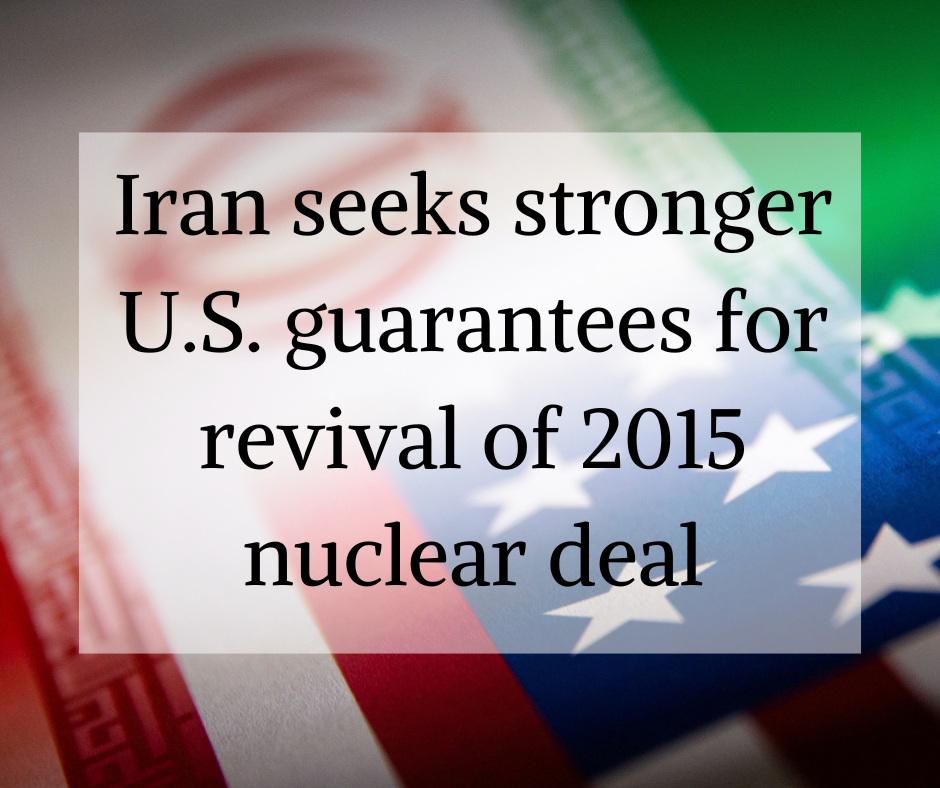 Iran needs stronger guarantees from Washington for the revival of a 2015 nuclear deal, its foreign minister said in Moscow on Wednesday, adding that the U.N. atomic watchdog should drop its “politically motivated probes” of Tehran’s nuclear work.

After 16 months of indirect talks between Tehran and Washington, EU foreign policy chief Josep Borrell said on Aug. 8 the EU had laid down a final offer to overcome an impasse for the revival of the agreement.

Iran’s top diplomat, Hossein Amirabdollahian, said Tehran was carefully reviewing Washington’s response to the text, which was conveyed to Iran last week by the EU as coordinator of the nuclear talks.

“Iran is carefully reviewing the EU-drafted text … We need stronger guarantees from the other party to have a sustainable deal,” Amirabdollahian told a joint news conference with his Russian counterpart in Moscow.