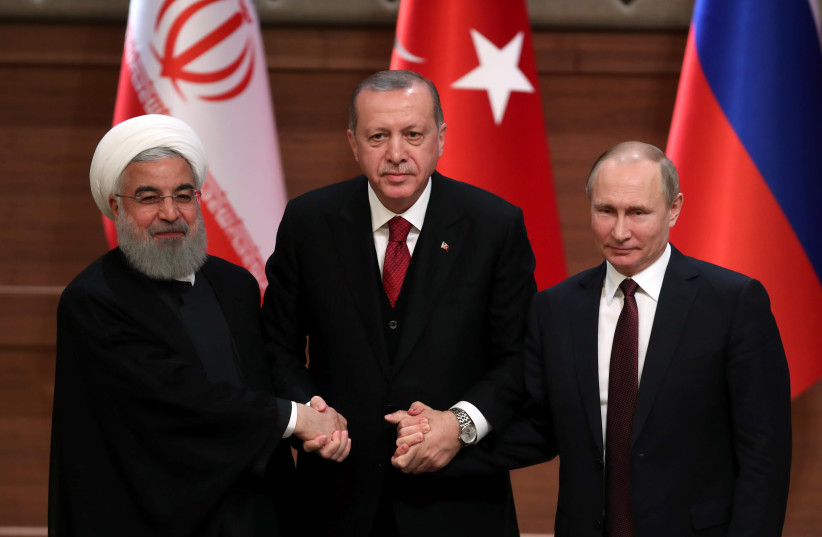 Iran’s Foreign Minister Javad Zarif was all smiles during a trip to Turkey on Friday. He said it was productive and smiled alongside his Turkish counterpart Mevlut Cavusoglu. He said it was a “wonderful” trip where he spoke with his “brother Cavusoglu.” The trip signals the growing alliance that Turkey and Iran have in the region.

Zarif said “as before, constructive engagement on bilateral and regional issues. Ultimate aim: Apply Iran and Turkey’s experience of 400 years of peace to our region. Together, anything is possible.”

Meanwhile Turkish President Recep Tayyip Erdogan took Russia’s side in a growing spat with the US, slamming US President Joe Biden, who is widely hated by Turkey’s ruling party.

He claimed that Biden’s recent comments about Russian President Vladimir Putin were unacceptable and “not fitting of a president.”

This isn’t just because of the tone of Biden’s comments, in which Biden called Putin a “killer.” Turkey’s President and regime often lashes out at other countries and leaders, belittling and threatening them with insults.