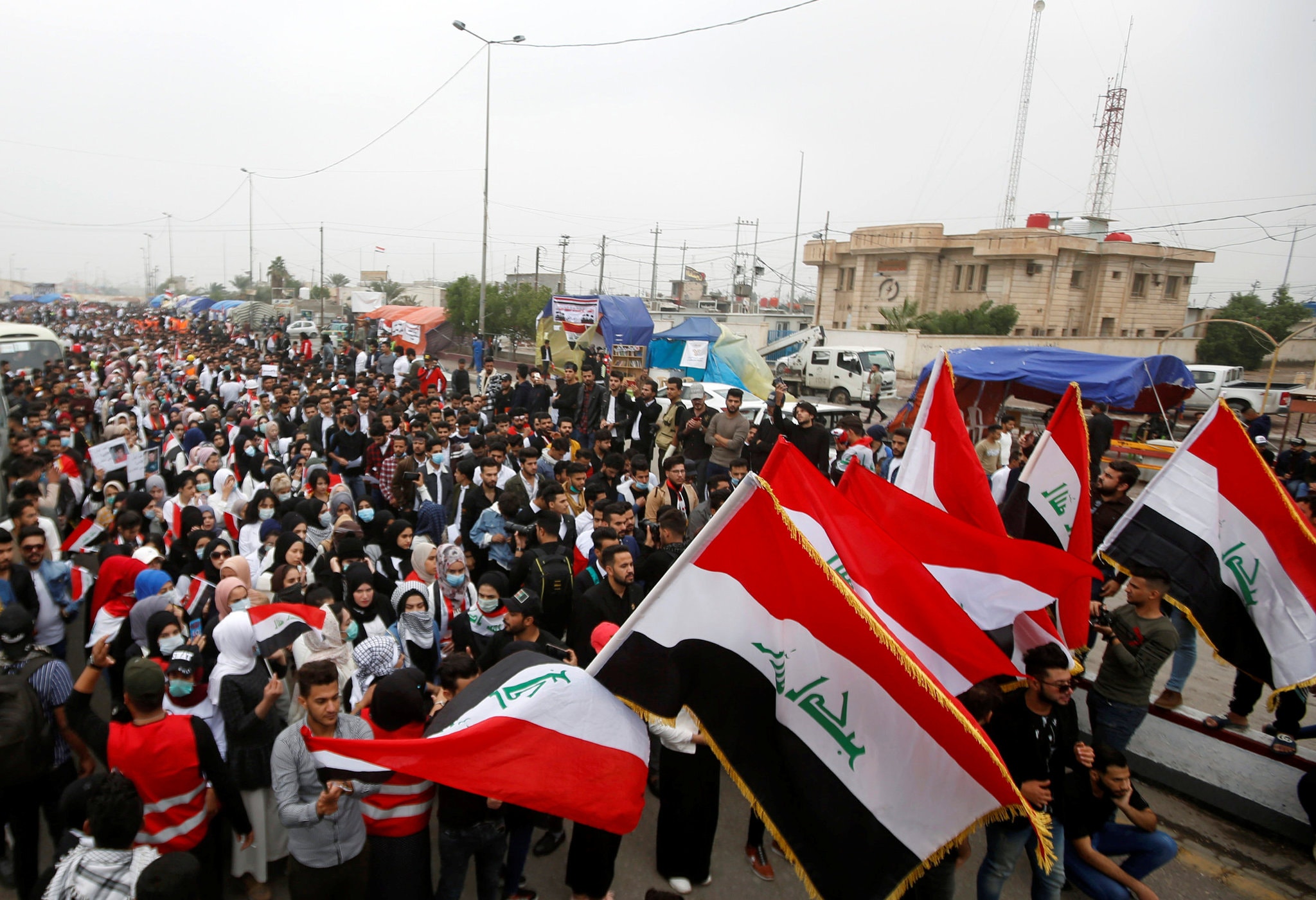 WASHINGTON — Iran has used the continuing chaos in Iraq to build up a hidden arsenal of short-range ballistic missiles in Iraq, part of a widening effort to try to intimidate the Middle East and assert its power, according to American intelligence and military officials.

The buildup comes as the United States has rebuilt its military presence in the Middle East to counter emerging threats to American interests, including attacks on oil tankers and facilities that intelligence officials have blamed on Iran. Since May, the Trump administration has sent roughly 14,000 additional troops to the region, primarily to staff Navy ships and missile defense systems.

But new intelligence about Iran’s stockpiling of missiles in Iraq is the latest sign that the Trump administration’s efforts to deter Tehran by increasing the American military presence in the Middle East has largely failed.

The missiles pose a threat to American allies and partners in the region, including Israel and Saudi Arabia, and could endanger American troops, the intelligence officials said.

Both Iran and Iraq have been gripped in recent weeks by sometimes violent public protests. In Iraq, some are protesting against Iranian influence.

Iraqis “do not want to be led around on a leash by the Iranians,” Representative Elissa Slotkin, Democrat of Michigan and a member of the House Armed Services Committee, said in an interview. “But, unfortunately, due to the chaos and confusion in the Iraqi central government, Iran is paradoxically the best poised to take advantage of the grass-roots unrest.”

Iranian officials did not return a request for comment.

Tehran is engaged in a shadow war, striking at countries in the Middle East but thinly disguising the origin of those attacks to reduce the chance of provoking a response or escalating the fight, military and intelligence officials said.

An arsenal of missiles outside its borders gives advantages to the Iranian government, military and paramilitary in any standoff with the United States and its regional allies. If the United States or Israel were to bomb Iran, its military could use missiles hidden in Iraq to strike back against Israel or a gulf country. The mere existence of those weapons could also help deter attacks.

Intelligence officials would not discuss the precise model of ballistic missile Iran has sneaked into Iraq. But short-range missiles have a range of just over 600 miles, meaning that one fired from the outskirts of Baghdad could strike Jerusalem.

American intelligence officials first warned about new Iranian missiles in Iraq last year, and Israel launched an airstrike aimed at destroying the hidden Iranian weaponry. But since then, American officials have said the threat is growing, with new ballistic missiles being secretly moved in.

Officials said Iran was using Iraqi Shiite militias, many of which it has long supplied and controlled, to move and hide the missiles. The Iranian-backed militias have effectively taken control of a number roads, bridges and transportation infrastructure in Iraq, easing Tehran’s ability to sneak the missiles into the country, officials said.

“People are not paying enough attention to the fact that ballistic missiles in the last year have been placed in Iraq by Iran with the ability to project violence on the region,” said Ms. Slotkin, an expert on Shiite militias who recently visited Baghdad to meet with Iraqi and American officials.

Ms. Slotkin pressed Iraqi leaders on the threat from Iran, telling them that if Iran launched a missile from Iraqi territory, it could threaten the American training effort in Iraq and other support from the United States.

The United States was concerned about potential Iranian aggression in the near future, John C. Rood, an under secretary of defense, told reporters on Wednesday, but he provided no details about what prompted officials’ concerns. CNN reported on Tuesday about American intelligence officials warning about new threats by Iran against American forces in the Middle East.

Tensions in the Persian Gulf have risen since attacks on oil tankers this spring, including off the coast of the United Arab Emirates, as well as a major drone and missile strike on Saudi oil fields in September. The Trump administration and European allies have blamed Iran, which has denied responsibility for the attacks.

Mr. Trump opted against a military strike in response to those attacks, but has authorized the United States Cyber Command to strike targets in Iran, although military and intelligence officials have said such electronic attacks are unlikely to deter Tehran.

Tehran has been building up its arsenal to better dissuade the United States, Israel and Saudi Arabia from attacking.

While decades of international sanctions have weakened the Iranian military, the agency’s report said Iran had invested in its domestic infrastructure, allowing it to continue to develop capable cruise and ballistic missiles.

In the strike in September, Iran used sophisticated cruise missiles to attack Saudi oil facilities and disguise, at least for a time, where the strike originated. Those missiles were fired from Iran, but flew around the northern Persian Gulf before striking their targets.

Positioning missiles in Iraq as well as in Iran would further allow the Iranian government to create initial doubts about an attack’s origins. Obscuring responsibility, if only for a short time, is a key part of Iran’s hybrid war strategy, in which it tries to keep its adversaries off balance and pressure them without prompting a larger crisis or even war.

Gen. Kenneth F. McKenzie Jr., the head of the military’s Central Command, has said that he does not think that the American defensive buildup has deterred Tehran. Last month, he said that he expected Iran to try to mount additional attacks in the region.