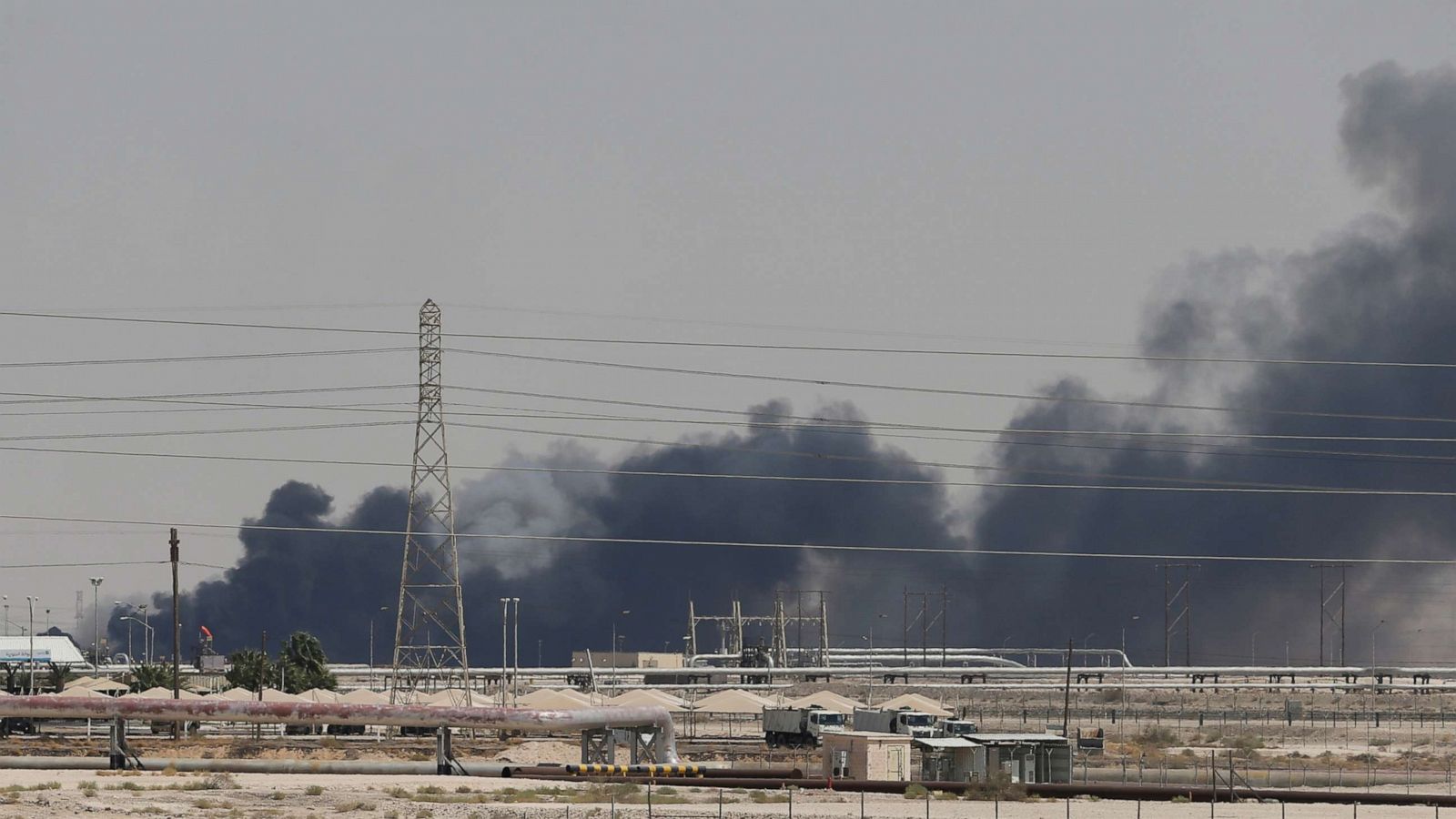 In a Sunday evening tweet, Trump did not share the definitive accusation against Iran, instead saying the U.S. had “reason to believe that we know the culprit … but are waiting to hear from the Kingdom [of Saudi Arabia] as to who they believe was the cause of this attack.”

The senior official told ABC News the president is fully aware that Iran is responsible, but he wants the Saudis to acknowledge it if they want U.S. help.

Trump promised the U.S. was “locked and loaded depending on verification” and waiting for the Saudis to say “under what terms we would proceed!”

Critics condemned Trump’s threat to act, especially at the Saudis’ behest. Rep. Justin Amash, of Michigan, a former Republican and now Independent, tweeted, “Under our Constitution, the power to commence war lies with Congress, not the president and certainly not Saudi Arabia. We don’t take orders from foreign powers.”

The attack and ensuing threats of retaliation had the region on edge Sunday, with heightened fears of a conflict — Iran and its proxies against the Saudis and U.S.

Tensions have been high since Trump withdrew the U.S. from the Iran nuclear deal in May 2018 and strictly reimposed sanctions, including on Iran’s oil industry — its economic lifeblood.

In an escalating series of moves, Tehran has sought to counter or undermine those sanctions — attacking a handful of oil tankers, seizing others and their crews and assaulting Saudi oil facilities, according to U.S. officials.

The risk of conflict seemed lower less than a week ago, with the departure of hawkish National Security Adviser John Bolton and Trump seeming to embrace the possibility of talks with Iran’s President Hassan Rouhani at the United Nations General Assembly later this month in New York. Pompeo said Tuesday that Trump was “prepared to meet with no preconditions.”

But in a reversal Sunday, Trump tweeted it was “incorrect” to say he was willing to meet without conditions, blaming the “fake news” despite his repeated statements saying so.

In July 2018, the president first said “no preconditions … If they want to meet, I’ll meet — anytime they want.”