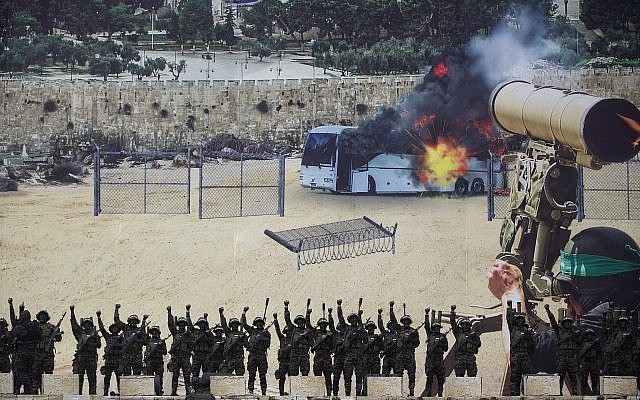 The Hamas terror group may seek to spark a war with Israel in the near future in an attempt to elicit international sympathy and an influx of international aid money to the Gaza Strip, which it controls, according to an Israeli Military Intelligence assessment released Wednesday.

The Israel Defense Forces believes Hamas or the Iran-backed Palestinian Islamic Jihad, the second largest terror group in Gaza, could attempt to draw Israel into a war by conducting an attack along the border — another anti-tank missile strike on a bus, an ambush from an as-yet-undiscovered tunnel or a similar low-level but significant attack.

According to the intelligence assessment, parts of which were distributed to reporters on Wednesday, while the Israeli military sees the northern arena — Lebanon and the Iranian entrenchment in Syria — as the larger challenges facing the Jewish state, the more immediate threats come from the Gaza Strip.

In light of this view, IDF chief Lt. Gen. Aviv Kohavi, whose tenure began last month, called for the military to update operational plans for fighting in the Gaza Strip.

“Gaza, as it is noted in the annual intelligence assessment, is the most volatile region, and there is a risk of terror group’s initiating action [against Israel]. The chief of staff identified an improvement of readiness in that region as a top priority,” the military said.