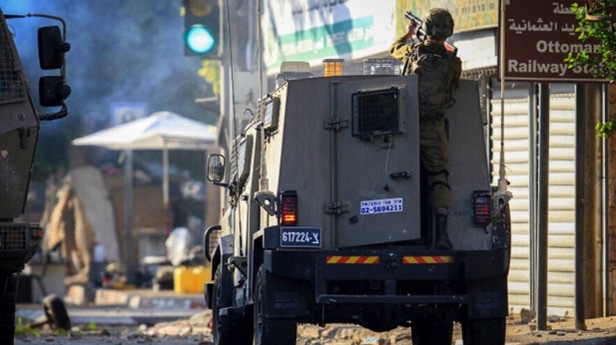 The Israel Defense Forces on Wednesday tightened security around the city of Nablus in Judea Samaria, following the killing of two soldiers in Palestinian terrorist attacks over the past week.

The IDF Spokesperson Unit said in a statement that “as part of increased security activity in the Nablus sector, it has been decided to block roads and traffic to the city and from it.” On the few roads that will remain open, it added, “meticulous security checks will occur.”

The decision represents a departure from the IDF policy of conducting pinpoint counter-terrorism operations targeting security suspects while not interfering in the daily routines of Palestinians.

The move comes after IDF soldier Staff Sgt. Ido Baruch was killed on Tuesday in a drive-by shooting near the community of Shavei Shomron, and amid an ongoing manhunt for the Palestinian who this weekend shot dead IDF Military Police Sgt. Noa Lazar at the Shuafat crossing in northeastern Jerusalem.