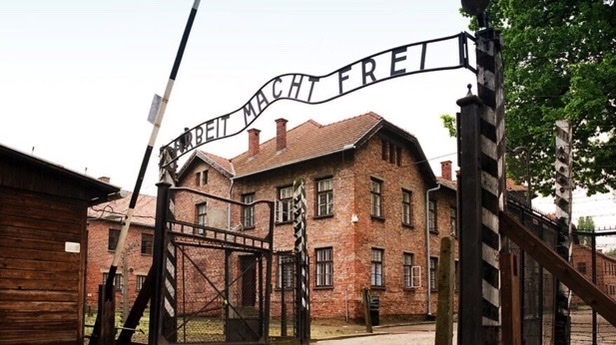 IDF chief at Auschwitz: You need only to be human to understand the Nazi genocide

Israel Defense Forces Chief of Staff Lt. Gen. Aviv Kochavi on Monday visited the Auschwitz-Birkenau Nazi death camp in Poland, where he warned that Iranian Holocaust denial is an “additional reminder that such people must not be allowed to possess any sort of capability to develop lethal weapons.”

Accompanied by a delegation of commanders and officers from all Israeli military branches, Kochavi located the names of his relatives who were murdered during the Nazi era genocide, before taking part in a ceremony dedicated to Jewish heroism.

Referring to comments this week by Iranian President Ebrahim Raisi that cast doubt on the veracity of the systematic murder of six million Jews, Kochavi said: “You do not need to be a historian or a researcher in order to understand the atrocities of the Holocaust. You need to be a human being. The pits full of skeletons and corpses and the crematoria cry out from the forests and the extermination camps.