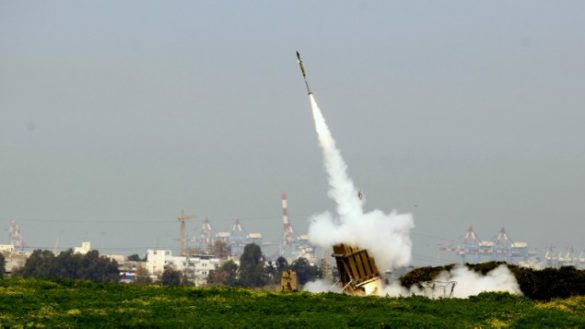 WASHINGTON — The US House of Representatives passed a massive $696 billion defense policy bill on Friday that designates $705 million for US-Israel missile defense cooperation.

The 2018 National Defense Authorization Act, which passed 344 to 81, increases spending on these programs by $105 million more than in last year’s budget. The total figure also reflects a $558 million increase from US President Donald Trump’s original defense budget request, which asked for $603 billion in total funding.

Trump has vowed to slash spending on various governmental agencies and programs he deems unnecessary, while pumping more money into the military. Pushing forsweeping cuts in his budget blueprint, he specifically called for defense aid to Israel to remain untouched.

The document committed to honoring the $3.1 billion in foreign military funding granted to Israel in accordance with a 10-year Memorandum of Understanding between the two countries.

The aid to Israel expires in 2018, when the historic MOU struck between the Obama administration and Israel will go into effect.

That package, signed by the two parties in September 2016, will grant Israel $3.8 billion annually — up from the $3.1 billion pledged under the previous agreed-upon MOU — starting in 2018 and through 2028. That deal between Washington and Jerusalem is the United States’ largest defense aid package to any country in history.