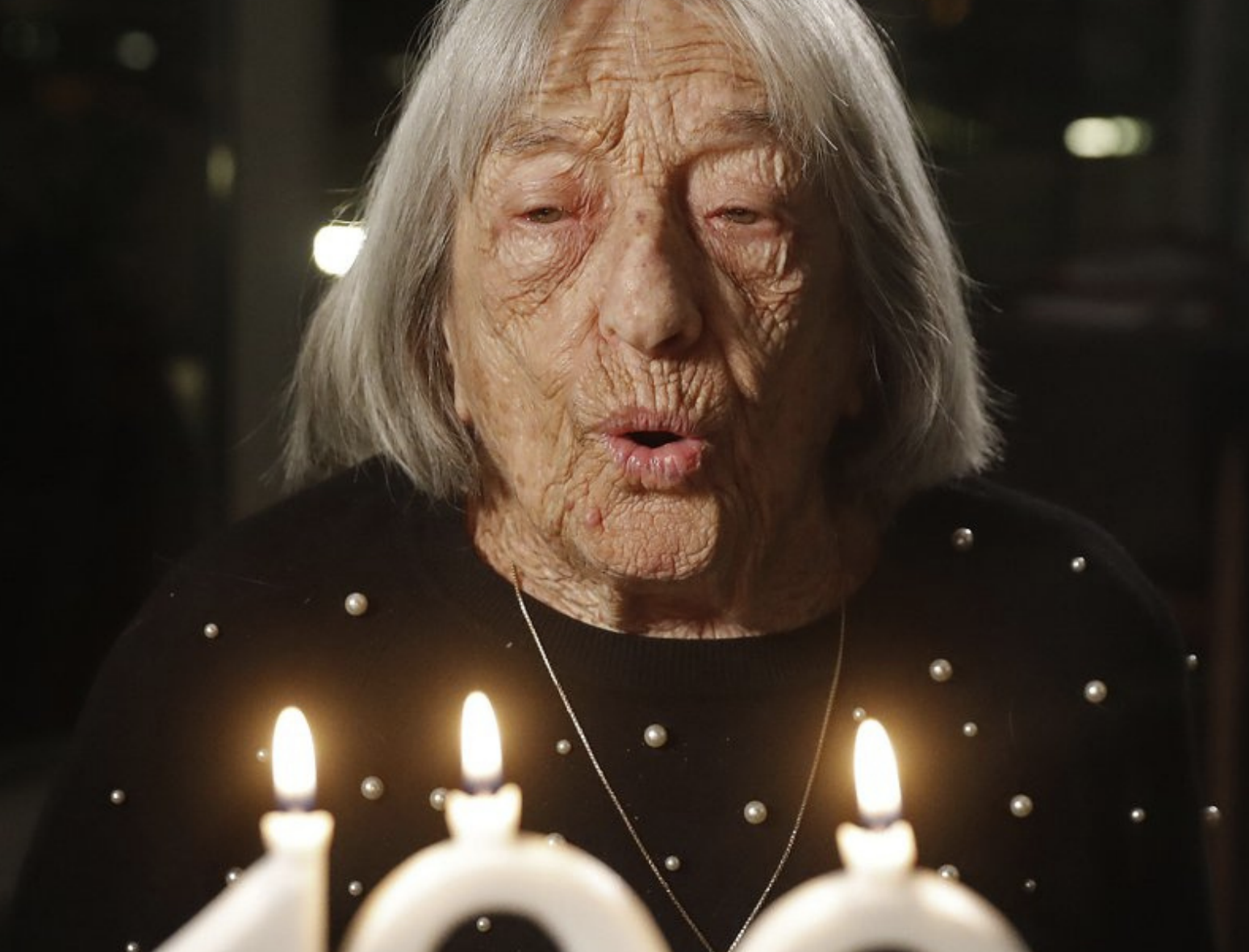 For Agnes Keleti, the oldest living Olympic champion, the fondest memory of her remarkable 100 years is simply that she has lived through it all.

The Holocaust survivor and winner of 10 Olympic medals in gymnastics — including five golds — celebrates her 100th birthday on Saturday in her native Budapest, punctuating a life of achievement, adventure, tragedy and perseverance which, she says, passed by in a flash.

“These 100 years felt to me like 60,” she said at a celebration in Budapest on the eve of her birthday.

Leafing through a copy of a new book about her life — “The Queen of Gymnastics: 100 Years of Agnes Keleti” — her trademark modesty was on full display.

“‘The queen of gymnastics,’” she said, switching to English. And in Hungarian: “That’s an exaggeration.”

Keleti, who was born Agnes Klein in 1921, had her illustrious career interrupted by World War II and the subsequent cancellation of the 1940 and 1944 Olympics. Forced off her gymnastics team in 1941 because of her Jewish ancestry, Keleti went into hiding in the Hungarian countryside where she survived the Holocaust by assuming a false identity and working as a maid.