Hezbollah warns U.S. over sanctions against Iran and allies 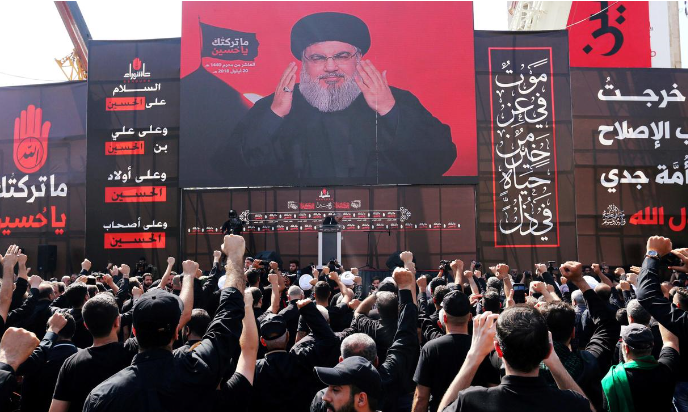 BEIRUT (Reuters) – Lebanon’s Hezbollah raised the prospect of retaliation by Iran and its allies over U.S. sanctions, saying on Wednesday that all options were on the table were Washington to take steps that “threaten our nation”.

Iran and its allies, which include Hezbollah, had so far made do with condemnation in response to the U.S. sanctions, said Nasrallah, before adding that this was “not a permanent and fixed policy”.

“There are measures which, if taken by the Americans … who said they will remain without response?” he said in a televised speech delivered to an event for Hezbollah’s wounded fighters.

“There will be an appropriate response for sure,” he said. Iran and its allies held “many strong cards”, he added.

Hezbollah was founded by the Revolutionary Guards in 1982 and has long been designated as a terrorist group by the United States. U.S. President Donald Trump’s administration has tightened sanctions against Hezbollah as part of its wider regional policy to counter Iran.