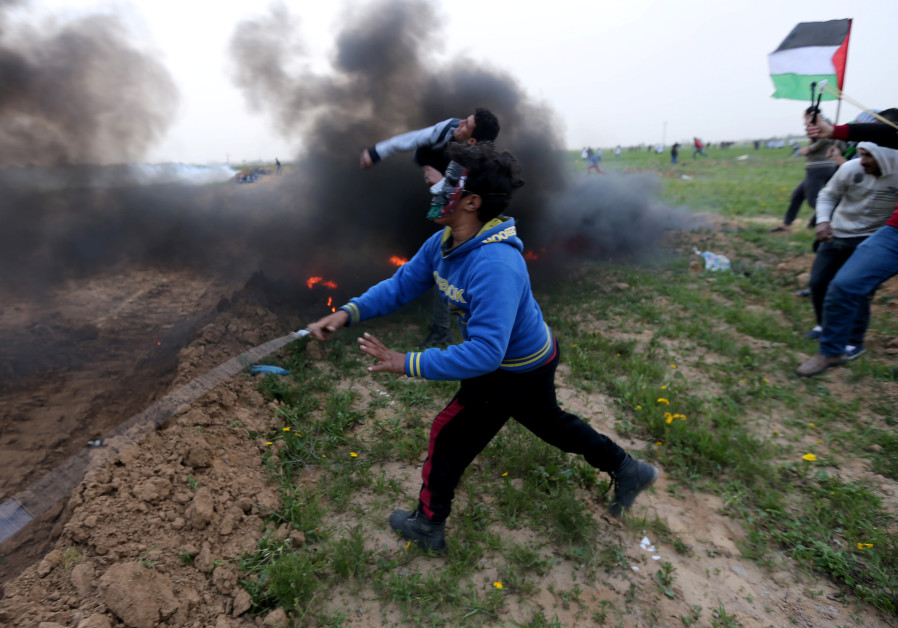 Palestinians canceled the weekly Gaza border protest was cancelled Friday in the aftermath of 12-hours of violence between Hamas and Israel, that included two rockets launched at Tel Aviv.

The United Nations and Egypt have worked behind the scenes to restore the calm that has held since about 8 a.m.

The Palestinian decision to delay Friday’s protests, known as the Great March of Return, was taken by the National Committee for the March of Return, a group consisting of several Gaza-based Palestinian factions.
The committee said it canceled the event out of “concern for our people” and in preparation for the mass protests planned for March 30 to mark Land Day.

It’s the first time since the protests began on March 30, 2018, that the weekly event, which includes violent classes between Palestinians and IDF soldiers, has been canceled.

In spite of the sudden calm, the IDF deployed Iron Dome batteries across central Israel. Thursday night attack, which did not lead to any casualties, marked the first time since the 2014 Gaza war, that rockets had been launched at central Israel.

The military said it believed the rockets were erroneously launched. One was shot down by the Iron Dome and the IDF has not given any information about the location of where the second missile fell.

There is no known damage or injuries.