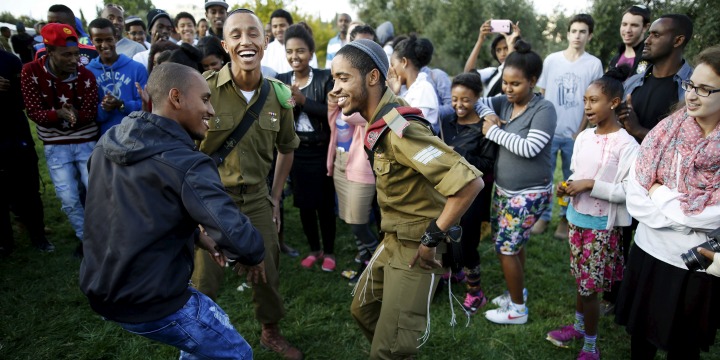 Ethiopian-Israeli IDF soldiers received a pleasant and moving surprise on Independence Day this year, with relatives left behind in Ethiopia writing them letters marking the occasion.

Ethiopian Jews largely came in a wave of aliyah in the 1980s and 90s, and now serve across all levels of the IDF. Many of their relatives, however, remained in the old country, often in refugee camps.

Some of the letters were shared with the Israeli news site N12, and they show a strong emotional attachment to the State of Israel and to their relatives who serve in its army.

One letter reads, “Dear soldiers, you are sacrificing your lives for the people of Israel and your homeland. May the Lord keep you safe.”

Another says, “You the soldiers, thanks to you there is independence for Israel. You live in a difficult reality, but you do everything for us and your country. We are so proud of you!”