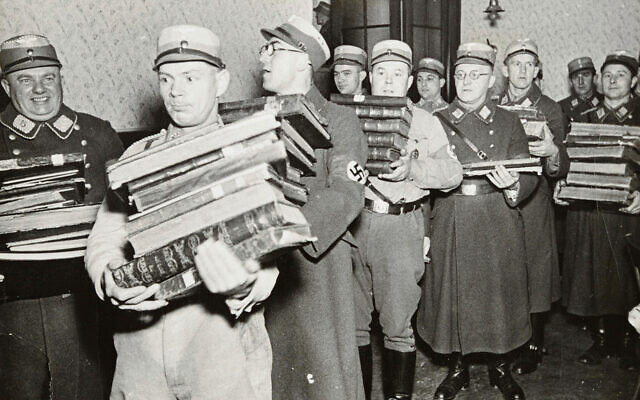 One shows a crowd of smiling, well-dressed middle-aged German men and women standing casually as a Nazi officer smashes a storefront window. In another, brownshirts carry heaps of Jewish books, presumably for burning.

Another image shows a Nazi officer splashing gasoline on the pews of a synagogue before it’s set alight.