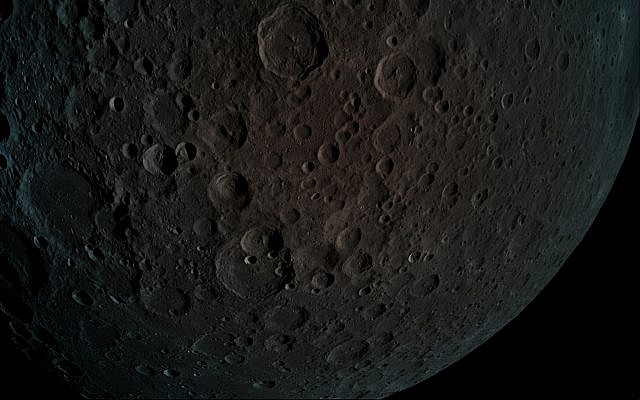 After entering lunar orbit last week, Israeli spacecraft Beresheet on Monday morning successfully performed another maneuver as it entered ever-tighter orbits around the moon, before attempting to land on April 11 in the Sea of Serenity.

On Sunday, Beresheet successfully performed the first in the series of maneuvers and all of its engines were turned on for 271 seconds, burning 55 kilograms (120 pounds) of the fuel it has left.

In the three days remaining until the landing attempt, engineers will perform further maneuvers to turn Beresheet’s current elliptic orbit into a circular orbit 200 kilometers (125 miles) from the face of the moon.

On Thursday, Beresheet’s engineers executed the most complicated maneuver yet, a perfectly choreographed space hop allowing the car-sized spacecraft to jump from an orbit around Earth to one around the moon — making Israel the seventh country in the world to achieve the feat.

In order for the spacecraft to successfully enter into orbit around the moon, Beresheet needed to slow down from 8,500 kilometers per hour (5,280 mph) to 7,500 kph (4,660 mph). Although that still seems fast to mere humans, according to engineers, it is the orbital equivalent of slamming on the brakes. The engineers accomplished this by turning the spacecraft so that its engines thrust in the opposite direction, slowing down the speed.