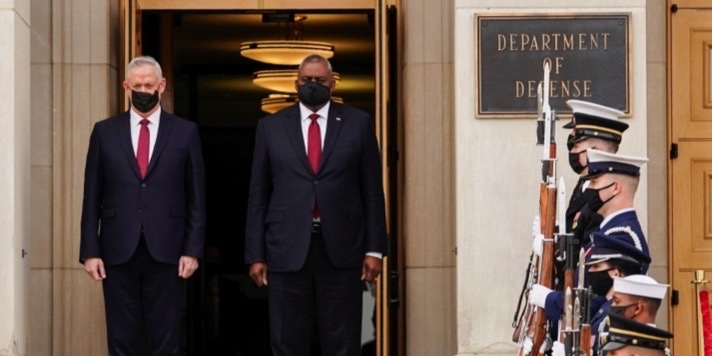 The United States and Israel increased pressure on Iran on Thursday as nuclear talks stalled, with Israel’s visiting defense chief calling for discussions on joint military readiness to be able to halt Iran’s nuclear aspirations.

Earlier, Reuters reported that Thursday’s US-Israeli agenda was expected to include discussions about possible military exercises that would prepare for a worst-case scenario to destroy Iran’s nuclear facilities should diplomacy fail and if their nations’ leaders request it.

US Defense Secretary Lloyd Austin said at the start of the meeting with his Israeli counterpart, Benny Gantz, that Iran had failed to offer constructive diplomatic engagement in talks that President Joe Biden had hoped would revive a 2015 nuclear deal abandoned by his predecessor, Donald Trump.

Austin said Biden was “prepared to turn to other options” if the current American policy on Iran fails.

“We are completely aligned in our commitment to preventing Iran from obtaining a nuclear weapon. This is a national security interest of the United States and Israel and the world,” Austin said.

Gantz described Iran, Israel’s arch foe, as “the biggest threat to the global and regional peace and stability.”

Iran denies seeking nuclear weapons, saying it wants to master nuclear technology for peaceful purposes. But sweeping demands by Iran’s new, hardline government in talks have heightening suspicions in the West that Iran is playing for time while advancing its nuclear program.