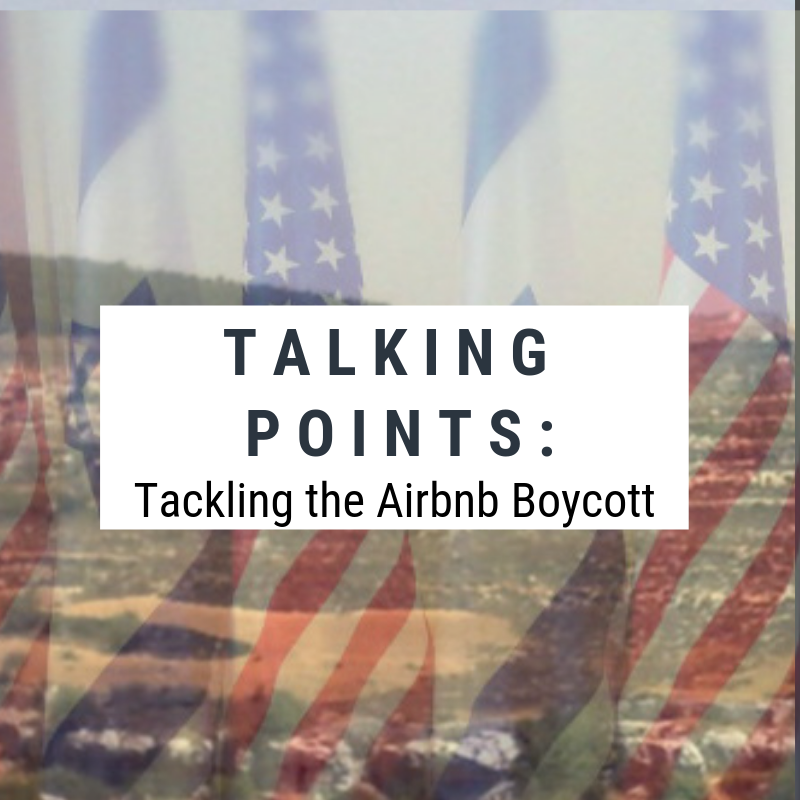 In November of last year, the San Francisco-based Airbnb announced its intention to de-list Jewish-owned properties in the West Bank/Judea and Samaria from its service. In an attempt to justify this decision, Airbnb issued a statement in which they sought to claim the moral high ground and portray a nuanced approach to the issue. The crux of their position is that they are adopting a policy on disputed territories and this is not a decision to single out Jews. The facts, however, tell a dramatically different story.

Airbnb is the first major American company to buckle to the movement to Boycott, Divest from and Sanction Israel, and institute a blatantly anti-Semitic policy. Especially in the current climate, where anti-Semitic rhetoric is even being used by sitting Members of Congress, CUFI must act. Rest assured, we have and we continue to do so.

Christians United for Israel has worked diligently to hold Airbnb accountable for their actions. To this end we have taken multiple steps:

Christians United for Israel will not remain silent in the face of bigoted anti-Semitic policies targeting Israel and the Jewish people. As CUFI founder and Chairman Pastor John Hagee recently stated:

“The anti-Semitic BDS movement is trying to achieve through boycotts what terrorists and hostile nations have failed to achieve with bullets: the end of the modern state of Israel. But they will fail, because no matter how much they lie about and demonize the Jewish state, we at CUFI will ensure that conscientious people have the opportunity to learn the truth about the vibrant and democratic nation of Israel.”