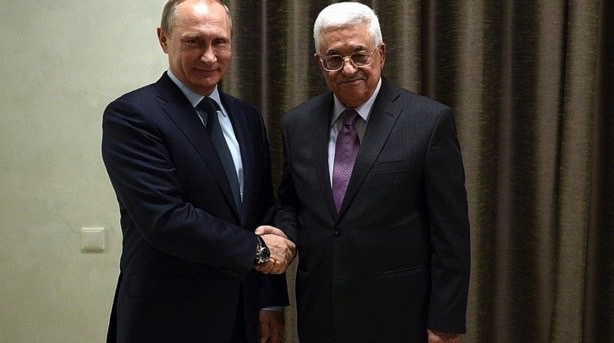 Abbas meets with Putin, says he does not trust America

In a meeting with Russian President Vladimir Putin on Thursday, Palestinian Authority leader Mahmoud Abbas reiterated his distrust of Washington in resolving the Israeli-Palestinian conflict and expressed gratitude for Russia’s role.

“We don’t trust America and you know our position. We don’t trust it, we don’t rely on it, and under no circumstances can we accept that America is the sole party in resolving a problem,” Abbas told Putin at the Conference on Interaction and Confidence Building Measures in Asia (CICA) in Kazakhstan, Reuters reported.

“It can be within the Quartet since it is a great country but we will never accept it as the only one,” said Abbas. The so-called Middle East Quartet of mediators includes Russia, the U.S., the U.N. and the European Union.

Abbas stated that he was “completely satisfied” with Russia’s attitude toward the Palestinians.