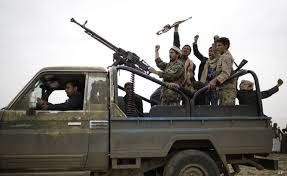 The attack began around midnight, with militants firing rocket propelled grenades at the camp belonging to members of a Yemeni force trained by the United Arab Emirates, a member of the Saudi-led coalition fighting the Houthi rebels in Yemen since 2015.