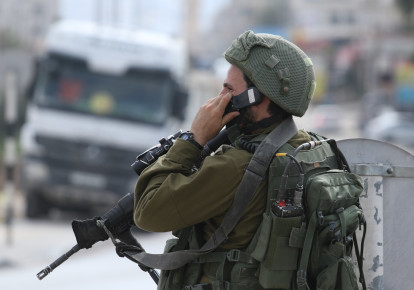 The 42 participants in the Our Soldier’s Speak mission to Israel have spent 10 days being briefed on Israel’s security challenges by members of Israel’s Knesset and Supreme Court, leaders from the Israeli Security Agency and National Police; active and reserve officers from the Israel Defense Forces’ Northern Command, Infantry, Air Force, Technology and Logistics branches; and Israeli diplomats.

The delegation includes participants from the U.S. Special Forces, military intelligence and Coast Guard; congressional staffers; senate legal clerks; commanders from the Swiss Armed Forces, a lecturer from the International Criminal Tribunal for Rwanda; a legal advisor to the International Committee of the Red Cross; and an advocate to the High Court of Tanzania.

They visited centers of coexistence between Jews and Arabs. The also were briefed with a status report on the Palestinian Authority and Hamas and an analysis of the Gaza border riots and the laws of armed conflict. They also were briefed on Lone Wolf Terror activity.

The group’s mission statement says it is “working to combat ignorance about Israel to people around the world.”