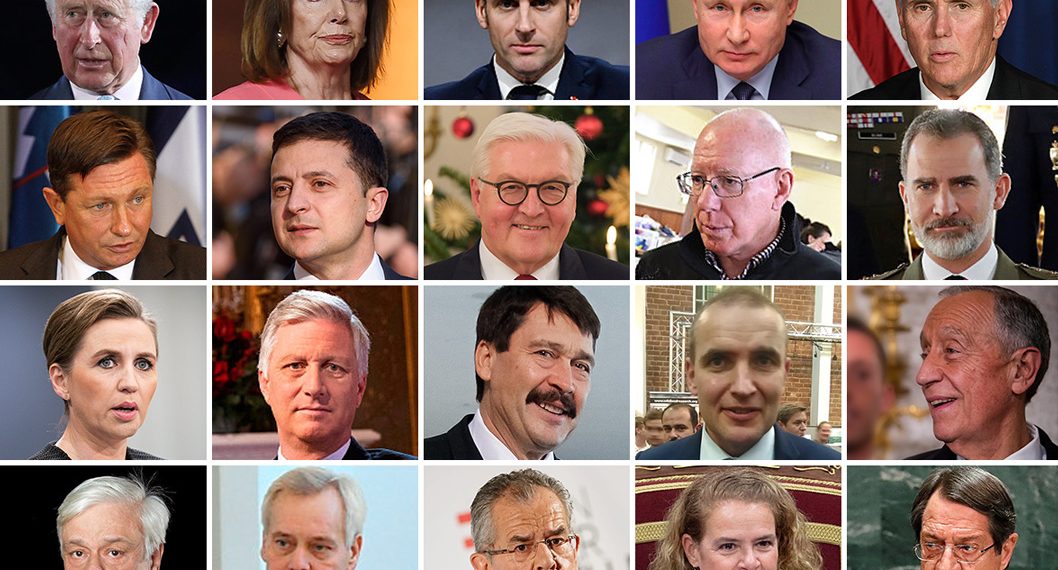 World leaders heading high-level delegations from 49 countries began arriving in Israel on Tuesday afternoon ahead of the Fifth World Holocaust Forum in Jerusalem, commemorating 75 years since the 1945 liberation of the Auschwitz-Birkenau concentration camp.

This is the first time the Israeli capital has hosted an event of this magnitude. The official events of the forum are slated to begin on Wednesday night, with a state dinner at the President’s Residence.

The main event of the forum will take place on Thursday afternoon as the Yad Vashem Holocaust Museum.

Rivlin stated that the purpose of the gathering is “to think about how to pass on Holocaust remembrance to generations who will live in a world without survivors, and what steps we must take to ensure the safety and security of Jews, all around the world.”

Security around Jerusalem has been beefed up ahead of the event, to ensure the dignitaries’ safety. The Jerusalem Police and Knesset Guard are said to be working closely with the delegations’ respective security chiefs, to ensure their demands are met.

Director of the President’s Residence Harel Tobi told Israel Hayom that “we would consider the event a success if the leaders will express their commitment to combating anti-Semitism in their countries, along with promoting education and inculcation of these values in their educational systems.”

Netanyahu is scheduled to meet with Pence, Putin and Macron. The Prime Minister’s Office said that most of the visiting leaders asked to meet with Netanyahu and the PMO was doing its best to accommodate their schedules.

According to available details of the prime minister’s schedule, Netanyahu will have a working breakfast with Macron on Wednesday morning. Netanyahu will meet with Pence at the US Embassy in Jerusalem on Thursday.

Rivlin began his intensive series of meetings on Tuesday evening, hosting his counterparts from Bulgaria, Portugal, Romania, and Georgia, as well as the governor-general of Australia.

The president is expected to meet with all heads of state arriving in Israel, for half an hour each.

Throughout Wednesday, Rivlin will meet with the presidents of North Macedonia, Albania, France, Cyprus, and Germany, as well as with the prime ministers of the Czech Republic and Slovenia. He will also meet with President of the European Commission Charles Michel, ahead of the state dinner for all world leaders, set to begin at 18:30 at the President’s Residence.

The state dinner is slated to include a series of video statements against anti-Semitism by the leaders attending the World Holocaust Forum.

US President Donald Trump’s message says, “To those who seek the destruction of Israel and the Jewish people, I say: never again.”

Pope Francis sent a message as well, saying, “We must remain firm in our efforts to advance dialog, mutual understanding, and human fellowship as a basis for peace.”

German President Frank-Walter Steinmeier said in his statement, “The Shoah [is] a self-inflicted wound that has never entirely healed. It is not only a part of German history, but also an awareness that guides us in the present day.”

Prince Charles echoed, saying, “We must resolve that the memory of the millions who perished … is passed down to future generations.”

Among the leaders attending the events are European Commission President Ursula von der Leyen and European Parliament President David Sassoli, who is visiting Israel for the first time since taking office in December.

The EU officials released a joint statement saying that they are in Jerusalem to “add our voices to those who are determined not to let extremists and populists go unchallenged when they are trying to cross boundaries and question – once again – human dignity and equality of all human beings. We cannot change history, but the lessons of history can change us.”