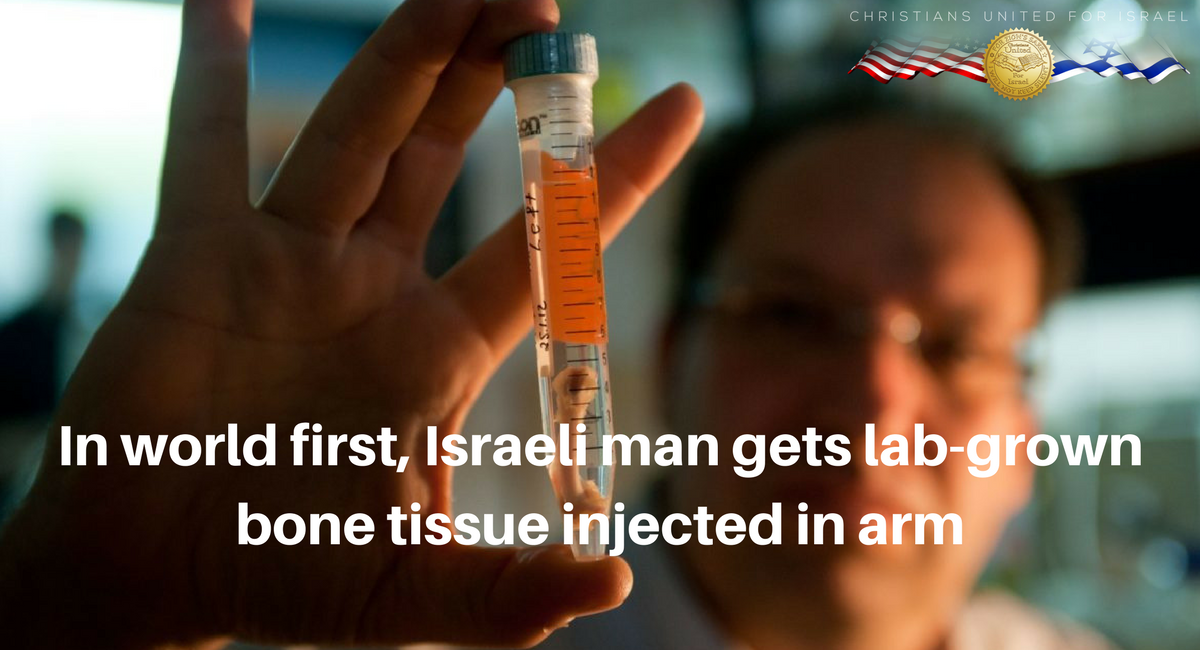 Medical history was made at Emek Medical Center in Afula this week when semi-liquid live human bone tissue grown in a lab from a 40-year-old patient’s own fat cells was transplanted into the patient’s arm by injection.

The patient had suffered significant bone loss in his arm as the result of a car accident and previously underwent several unsuccessful surgeries.

The procedure was part of an early-stage clinical trial of a revolutionary tissue-engineering technology developed by Bonus BioGroup of Haifa. A hospital spokeswoman told ISRAEL21c that it is too early to report results in this specific case.

In December 2016, Bonus BioGroup announced successful results of an early-stage clinical trial on 11 patients in which bone tissue grown from a small sample of each patient’s own fat cells was injected into their jaws to repair bone loss. Over a few months it hardened and merged with the existing bone to complete the jaw, according to the company.