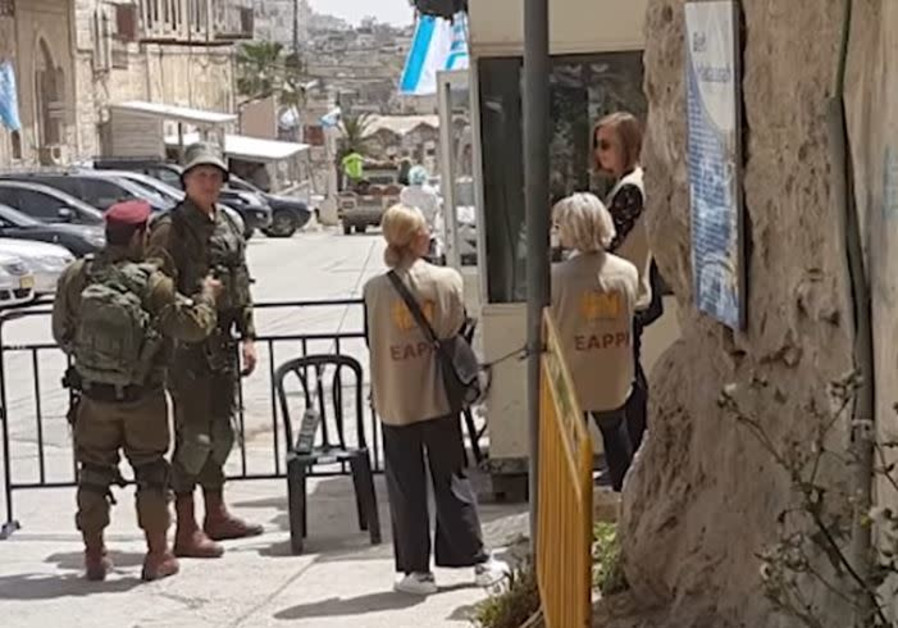 The World Council of Churches sent foreign nationals to pose as tourists to gather information about IDF operations and training in Jerusalem and Hebron, according to reports.

According to reports, the WCC-funded program was called the program the Ecumenical Accompaniment Program in Palestine and Israel [EAPPI].  Working alongside Israeli human rights groups, the volunteers wore official looking brown vests with EAPPI written on them with a dove-shaped logo, lending them a false air of authority seeing as the organization doesn’t enjoy an official status in Israel.

They then returned to their home countries offering to speak about the Israeli-Palestinian conflict using theological terms that are “loaded with antisemitism” said Amit Barak, one of the main activists in exposing the group. They would also use graphics such as a “star of David bleeding on Palestinian children,” he said.

Barak, a resident of Nokdim in Gush Etzion, met EAPPI activists near his home. After several weeks in which they came “to bother us, to make provocations” he decided to “take the gloves off.”

Pointing to EAPPI activists being sent only to Israel and not to any other conflicted spot in the world, NGO Monitor expert Itai Reuveni said that “it’s a political project in disguise of human rights.”

NGO Monitor is an organization created to investigate the actions of various NGO’s currently working in Israel in relation to the Israeli-Palestinian conflict.

EAPPI was working with Hassan Breijieh, spokesperson for the Popular Front for the Liberation of Palestine (PFLP) terror group.
It also sent volunteers to visit the house of the Palestinian terrorist who committed the 2017 Halamish stabbing attack in which Yosef Salomon, his daughter Chaya and son Elad were murdered.