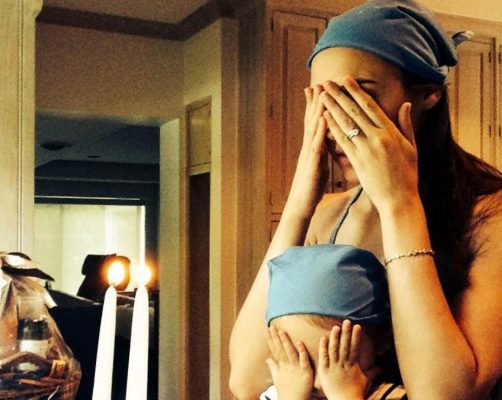 Israeli actress Gal Gadot – who was recently unveiled as the caped superhero in Zack Snyder’s new DC movie Batman v. Superman: Dawn of Justice – caused a stir by posting a message of support for the Israel Defence Forces via her official Facebook page, just days before a poster of her in character first debuted.

As the conflict between Israel and Gazaworsened, she uploaded a photograph of herself praying with her daughter Alma.

“I am sending my love and prayers to my fellow Israeli citizens,” she wrote. “Especially to all the boys and girls who are risking their lives protecting my country against the horrific acts conducted by Hamas, who are hiding like cowards behind women and children…We shall overcome!!! Shabbat Shalom! #weareright #freegazafromhamas #stopterror #coexistance #loveidf”

The post quickly garnered over 200,000 ‘likes’, and thousands of shares with fellow pro-IDF supporters. It also received more than 15,000 comments, both aggressively opposed to her position and stridently for it.