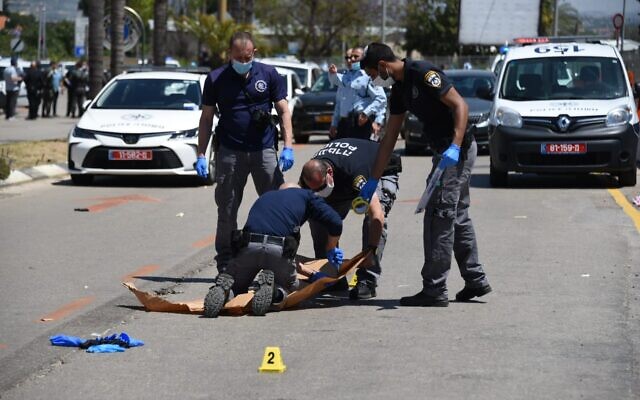 A Palestinian teenager stabbed an Israeli woman in the central Israeli town of Kfar Saba on Tuesday afternoon in what police called a terror attack before he was shot by a security guard.

The woman, 62, was in moderate-to-serious condition and received treatment on the scene before being taken to Kfar Saba’s Meir Medical Center, the Magen David Adom ambulance service said.

According to police, the suspected terrorist was shot by an armed civilian who was driving by.

“The terrorist, 19, from the West Bank, took out a knife and chased after her. A civilian who lives nearby saw what was happening. He stopped his car and opened fire at the terrorist,” police said.

According to police, the suspected terrorist was a 19-year-old from the West Bank. Palestinian media reported that he was from the city of Tulkarem. His name was not immediately released.