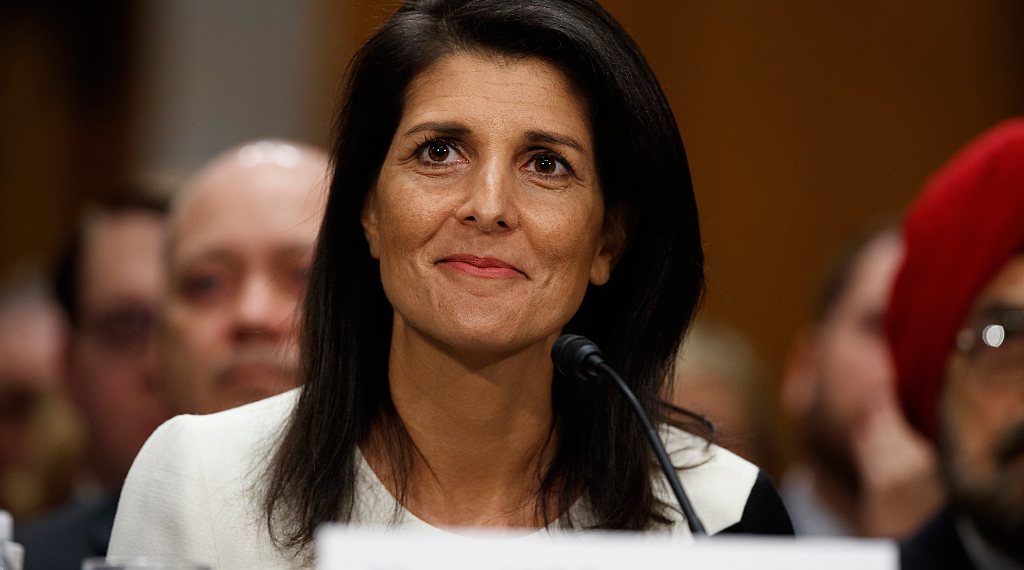 The World Jewish Congress will bestow its prestigious Theodor Herzl Award to former US Ambassador to the UN Nikki Haley, according to a statement from the organization released on Wednesday.

WJC President Ronald S. Lauder said Haley exemplified Washington’s friendship with Israel, “relentlessly calling out the biases and double standards that pervade in the United Nations and its bodies.”

Lauder said: “In my years of service in the diplomatic world and as president of the World Jewish Congress, I have met many heads of state, dignitaries, and ambassadors who have worked diligently in support of Israel and defended it across the international stage,” noting Haley “proved to be a giant in this realm, exemplifying this country’s unwavering friendship for Israel and commitment to world Jewry, relentlessly calling out the biases and double standards that pervade in the United Nations and its bodies and demanding action.”

He said that thanks to Haley and her allies, “the international community is waking up.”

The former UN envoy will receive the annual award, which honors those who promote a world more tolerant to Jews, on Nov. 6.

Former recipients of the award include the Rothschild family, the late President Shimon Peres, former US Secretary of State General Colin Powell, and former US Vice President Joe Biden.

Shortly after entering her role as the US envoy to the UN, Haley pledged that “the days of Israel-bashing are over” at a conference of the America Israel Public Affairs Committee in 2017.

She lived up to this pledge, proving to be a staunch defender of the Jewish state at the United Nations. During her tenure, the US withdrew from the UN Human Rights Council in protest of its anti-Israeli bias.

Haley resigned from the role in late 2018. Kelly Craft, former US ambassador to Canada, took over as US envoy to the UN in September 2019.