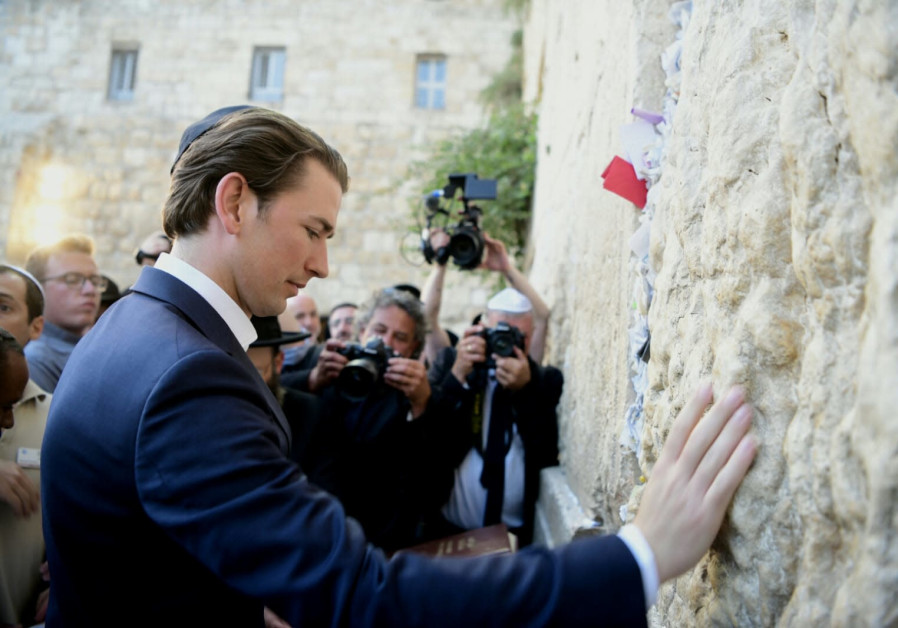 While Jerusalem has not formally reacted to the decisive victory of Sebastian Kurz in Austria’s parliamentary election – likely because the results were announced Sunday, on Rosh Hashanah – there are certainly smiles in the Prime Minister’s Office and the Foreign Ministry since Kurz is one of Israel’s strongest supporters in Europe.

Kurz, who was ousted as chancellor in May in a no-confidence vote after some 18 months in power, called a snap election and increased his strength at the ballot box by some 5% from the last election.

The far-right Freedom Party – whose leader Heinz-Christian Strache was involved in a scandal that led to the breakup of the Kurz’s coalition earlier this year – garnered 10% less at the polls this time around.

Both Kurz’s strong victory and the poor showing of the Freedom Party – a far-right party with an antisemitic past with whom Israel would not officially engage – are positive developments for Israel.

Kurz last visited Israel in July, after he lost the no-confidence vote and was headed for elections. Prime Minister Benjamin Netanyahu met him and called him a “tremendous friend of the State of Israel, a champion of fighting antisemitism and great leader for Austria.”

Netanyahu developed a strong relationship with Kurz – first when Kurz was foreign minister from 2013 to 2017, and then when he became chancellor in December 2017.

Kurz has emerged over the last few years as one of Israel’s best friends in Europe – giving pro-Israel speeches, tweeting his support, visiting the Western Wall, standing up for Israel in various EU forums and developing a close relationship with Netanyahu.

For instance, last year he tweeted a condemnation of comments by Iranian President Hassan Rouhani, who called Israel a “cancerous tumor” and urged for its destruction.

“I strongly condemn the unacceptable statements by President Rouhani regarding Israel. Questioning Israel’s right to exist and calling for its destruction is absolutely unacceptable,” Kurz wrote.

During a visit in June 2018, Kurz said Austria was not only a victim of Nazism – as the country widely portrayed itself up until the 1990s – but also a perpetrator of Nazi crimes. As such, he said, the country has a responsibility not only to its Jews but also to the country of the Jews.

What was groundbreaking in these words was not acknowledgment of Austria’s crimes during the Holocaust, but saying this gave his country a special responsibility toward Israel.

Kurz is also somewhat unique for Israel on the European stage because unlike some of Israel’s other good friends in Europe – such as Hungarian Prime Minister Viktor Orban and Italian politician and former deputy premier Matteo Salvini – he is not on the far Right and suspect of harboring non-democratic tendencies.

Rather, as one source in Jerusalem said after Kurz was ousted as chancellor in May, he is someone Israel can feel comfortable being seen out with in public. He is proof, the source explained, that it is possible to be a conservative European leader who is strongly pro-Israel, and at the same time neither anti-EU nor a populist.